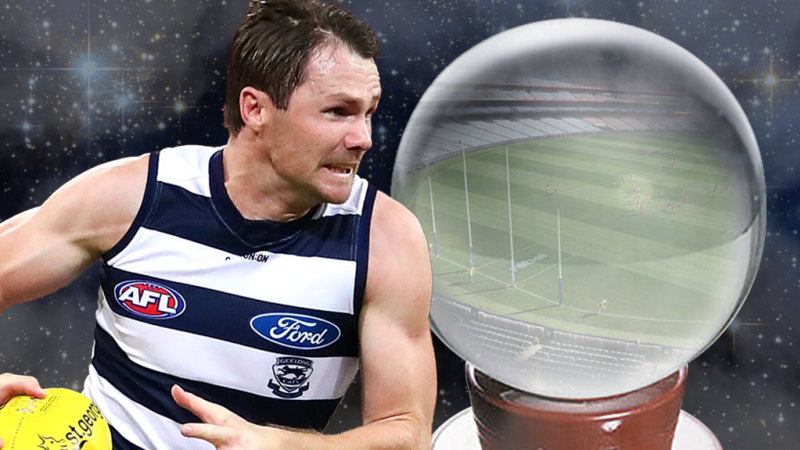 “You hear the rumours … and they’re not just rumours, the AFL clearly want to reduce footy department spend,” Dangerfield told The Age.

“That is clearly going to change the face of footy. Is that a good thing? I’m not sure.”

The AFL’s desire for all clubs to only bring 30-32 players inside quarantine hubs – hubs that now seem unlikely to happen – caused significant anxiety within the players’ cohort.

Not only would it mean that some players would be separated from their teammates, it was also seen by some as setting a potential precedent for cutting list sizes going forward.

The inevitable reduction to list sizes will have a major impact on second tier competitions but the AFL remains committed to establishing the most efficient way forward for the league and its 18 clubs.

Coaching will also be significantly impacted. The numbers of most clubs’ coaching staff reaches double figures when you take into account assistant coaches, development coaches and Next Gen Academy staff.

Clubs will then have to choose whether to attempt to keep everyone on reduced salaries or simply reduce the number of coaches.

While some football greats such as Essendon champion Matthew Lloyd believe cuts would bring the game back to a simpler time, Dangerfield warned that people should “be careful what they wish for”.

“We’ve got to be careful what we wish for when we talk about the old days. I’ve seen some footy in the 1990s, there are some wonderful games. There are some crap games as well.

“I think we all understand that, and I think that we’ve seen footy improving over the last decade. I think the level of skill is getting better. Our players are training and running much harder in games than they ever have so they need to prepare accordingly for that.

“Whilst there might be a recalibration to an extent, we’ve just got to be wary that we’re still providing the best possible product for the people that invest in the game; the supporters that watch it and the members who buy memberships.”

But Dangerfield believes that would be a mistake, saying members and supporters needed to be provided the best possible product.

“The thing about semi-professionalism is that it’s semi, it’s not full professional,” he said.

Dangerfield said football needed to continue to be the best and provide the best, or risk losing the best athletes to other sports.

READ THE REST OF THE PLAY IT FORWARD SERIES:

“We’ve got to be mindful that we are still creating the best product and providing the best environment and bringing the best athletes into our game and promoting that it’s the best option for them, above basketball, above cricket, above whatever else there is,” he said.

“That’s an important issue, but there just hasn’t been enough detail provided around how the future will look.”

Dangerfield believes the game hasn’t grown too far and too fast.

“I think when you have such a good run, and clearly the GFC had such a little influence over the industry itself, it continued to grow but it’s also the biggest game in the land.

“The viewership and the membership has been incredibly strong.

“Who’s to say it’s a bad thing that the game has continued to reinvest in itself as a product?”

Previous ‘Forty-six days was enough’: People across the globe emerge from lockdown
Next Cricket Australia secures $50 million loan and applies for more

From degustation to delivering lasagnes: how Ben Shewry crash-tackled a crisis