Breaking News
Home / Sport / We won’t start the season with no crowds: Kestelman

We won’t start the season with no crowds: Kestelman

admin May 4, 2020 Sport Comments Off on We won’t start the season with no crowds: Kestelman 42 Views 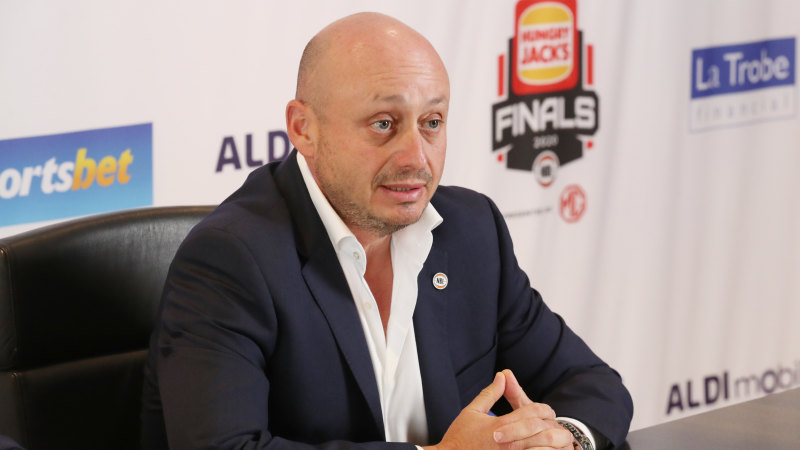 But he admits plans could be dashed if there is a second wave of the coronavirus pandemic and he encouraged fans to download the government’s COVIDSafe app.

“Plan A is to have all the crowds back in, Plan B is something in between – how many people can we get into a venue in a safe and controlled manner? Plan C is no crowds,” Kestelman told The Age on Monday.

“We will keep assessing when Plan A is possible and make judgements from there but we will look to delay the season to see if we can’t get crowds back.

“We won’t start the season in early October with no crowds. That we won’t do. Our number one priority is getting fans in the venues.

“I don’t think anyone is closing the door on crowds being possible. Everyone is just being cautious. “We need to start building a case now for how we can manage a crowd safely and we’ll work with government and venues so we can put on a show.”

Using each club’s database of members, which show family groups, will aid in assembling crowds and adding social distancing space if needed.

“We can potentially look to put families together and then put some space – that’s an advantage for us compared to, say, a concert where everyone just piles in,” Kestelman said.

The NBL is also confident the New Zealand border will be open for travel while Kestelman is increasingly optimistic US imports will be able to travel to Australia.

“It won’t be a simple process but I’m confident there will be a process to get imports here,” Kestelman said.

“Quarantine will be necessary. I’ve spoken to all levels of government and I’m confident we will be able to get players in, same as I’m confident the borders [with] New Zealand will be open.

“The longer things are going, things are getting better. We are not there yet and I don’t want to oversell it. We all have to do the right thing as that’s how we got here.”

League-wide pay cuts have seen some stars opt out of their contracts led by Bryce Cotton, Casper Ware, Xavier Cooks, Nick Kay and Matt Hodgson with a couple more players tipped to put in their paperwork before the deadline at close of business on Monday.

South East Melbourne Phoenix star Mitch Creek made a surprise decision to stay with the club despite being on the fringe of the NBA.

“We did the right thing to give the players the option but a lot of players have taken on the idea that this is a one-year thing and are supporting the league,” Kestelman said.

“I’m confident we will bring some of them back.

“Other leagues don’t know when they will be back, they are slashing budgets – no one has immunity to this virus.”