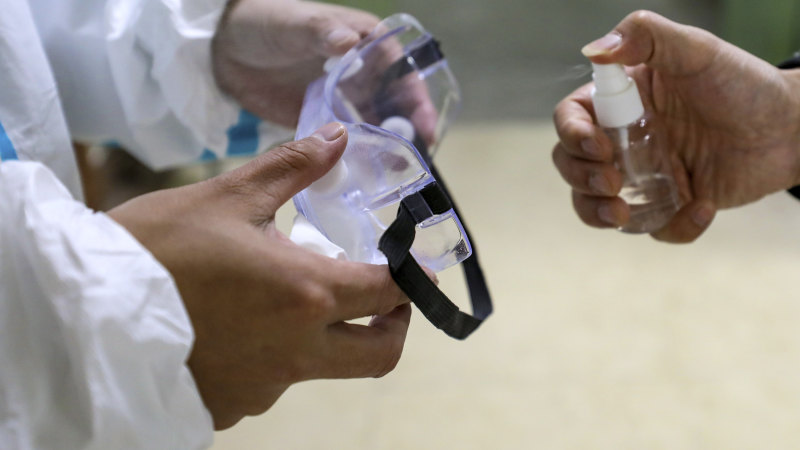 “I want to act as quickly as possible on this and about 150,000 individual medical items will be leaving Brisbane for China this month.

“Coronavirus is a challenge, but it’s a temporary one and helping our Chinese sister cities in their time of need is the right thing to do.”

The council’s establishment and co-ordination committee agreed to donate the PPE when there were only a few coronavirus cases reported nationally in Australia, signing off on it on February 10.

A spokeswoman for the lord mayor’s office said “at the time the requests for supplies were made by council’s sister cities, coronavirus was not seriously impacting Australia”.

“Prior to any action, advice was sought from state and federal governments and due to the changing and unpredictable nature of the virus in Australia, the decision was made that no medical supplies were to be sent overseas,” she said.

The $50,000 set aside for the donation was not spent before the council asked for advice from the state and federal governments, and the 150,000 items were not purchased.

Shenzhen is a manufacturing city of 13 million people in China’s southern Guandong province, where the first coronavirus case was reported on January 16.

Academics working in the city’s hospitals reported that by February 17 businesses were going back to work in the city.

On February 18, Cr Schrinner held a press conference to announce he had written to Premier Annastacia Palaszczuk, saying the state was not doing enough to support Brisbane’s struggling tourism and small business economies as the impacts of coronavirus began to be felt.

By mid-March, Queensland health workers were already being told to “think innovatively” to conserve PPE over concerns there was an impending shortage.

Previous Dean Laidley and the struggles coaches face after the siren sounds
Next Queensland’s new normal: Shops to reopen but restrictions will remain