US access of COVIDSafe data ‘not conceivable’, but legal advice not released

admin May 6, 2020 Federal Politics Comments Off on US access of COVIDSafe data ‘not conceivable’, but legal advice not released 14 Views 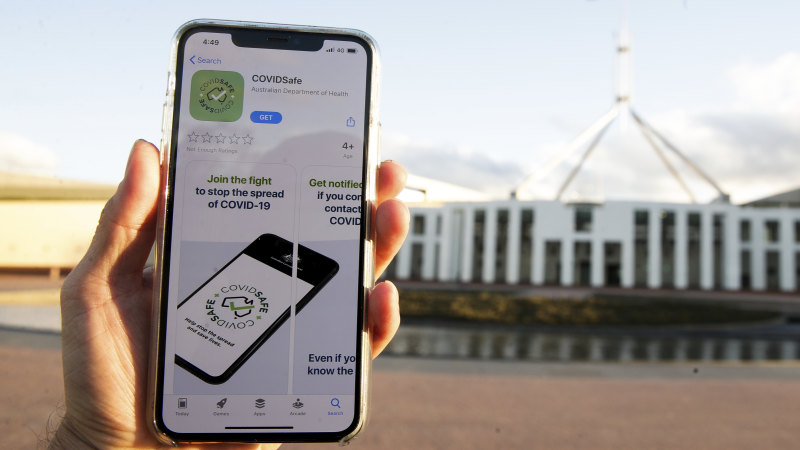 “We can’t give complete guarantees about foreign laws,” Ms Chidgey said, adding the legal advice was privileged and so would not be released. “Other countries may choose to do things.”

Digital Transformation Agency chief executive Randall Brugeaud confirmed the app will not work reliably on iPhones if it is only running in the background of a locked device, but the Bluetooth issues were expected to be fixed as soon as next week.

Mr Brugeaud said older models were more likely to have connectivity issues, but most problems would be resolved when Apple rolled out an update in the coming week.

The DTA chief executive also confirmed the app’s source code, which had been promised by Government Services Minister Stuart Robert to be released in full, would be partially published by early next week.

The public servants grilled by the committee acknowledged no formal download target had been adopted despite Prime Minister Scott Morrison wanting 40 per cent of all adult Australian smartphone users – about 6 million people – to download the app by Friday to hasten the relaxing of social distancing measures.

Department of Health acting secretary Caroline Edwards said no target had been decided on, describing the app as a tool that would improve the speed and reliability of coronavirus contact tracing even if few Australians downloaded it.

Deputy Chief Medical Officer Paul Kelly said more than 90 per cent of smartphone market was compatible with the COVIDSafe app, which had become the fastest app to reach 5 million downloads in Australia.

“Everyday there is something else that people say is an issue with the app,” Professor Kelly said. “And these are things that are all being taken onboard and prioritised in terms of importance, and where it is possible to fix them they will be fixed.”