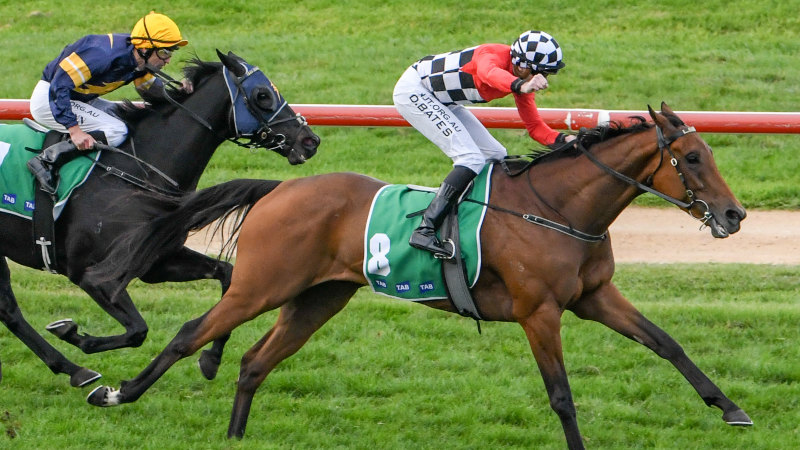 “I’d say Lindsey’s a very happy man at home. Gee he was terrific, he’s a tough horse. Beautiful ride by Declan, rated him perfectly, just got going at the right time, angled him to the right part of the track and gee he was good.

“He’s a beautiful horse. He’s a half-brother to Trap For Fools and Lindsey’s always had a high opinion of him. He’s improving with each run, he’s learning a little bit as he goes on and he’s a really exciting horse.”

Australia is one of the few countries that has continued racing through the coronavirus pandemic. Racing in the United Kingdom has been shutdown since 18 March.

Jackson said the horse could be aimed at the Andrew Ramsden Stakes at Flemington on May 16 if he pulled up well. The winner of that race will earn a direct passage into the Melbourne Cup.

“The Andrew Ramsden was a possibility but the boss will be making a plan at home and we’ll have a chat about it,” he said.

“This is just a huge thrill and a great result for the whole team.”

Super Hard threw down a challenge to the favourite at the top of the straight but Danny O’Brien Racing’s assistant trainer Paul Koumis said he had no doubt the horse was good enough to kick back and win.

“He’s a big, strong, solid boy so it was good he could kick back and win the way he did.

“He’s a class animal. He’s a big solid boy so although he had 62kg we were confident he’d be able to carry that through the line. It was a super win first up and we knew he’d be fitter today so it was a terrific effort all round.”

Koumis said he would leave it up to O’Brien to decide on the sprinter’s next race start.

“I’m not sure what’s in store for Order Of Command going forward but I’m sure Danny will find something suitable for him in the near future,” he said.

“He seems to like these softer surfaces so something will come up in the next three or four weeks.”