‘It’s hard to accept’: Hearts to ache on a virtual Mother’s Day

admin 3 weeks ago National News Comments Off on ‘It’s hard to accept’: Hearts to ache on a virtual Mother’s Day 18 Views 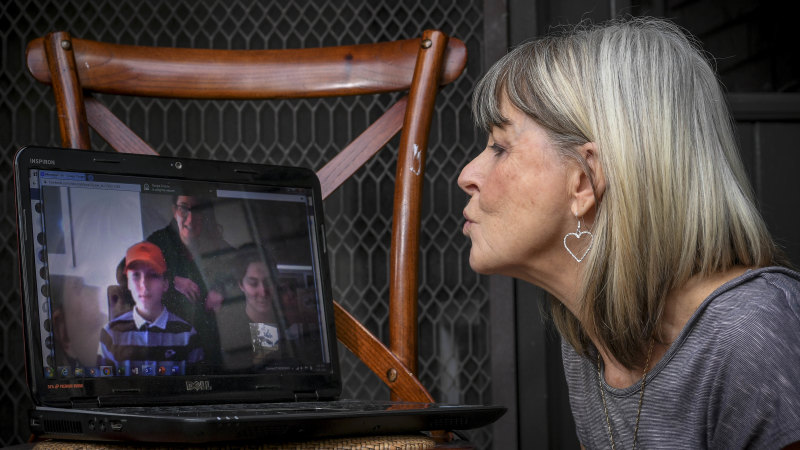 Victoria’s state of emergency ends the day after Mother’s Day. Premier Daniel Andrews confirmed on Thursday that the government would loosen restrictions in some way on Monday, but ruled out doing so before then.

“It’s just devastating. I never get to see them all together,” Ms Minchin said.

“It’s just really disappointing because it [the announcement on restrictions] is too late on Monday. Why not Friday or Saturday? It’s just sad.”

In NSW, two adults and their children can visit other households and in South Australia, Western Australia and the Northern Territory gatherings of up to 10 people are allowed as long as they keep 1.5 metres apart. Two people are able to visit other homes in Queensland, Tasmania and the ACT.

Victoria has been under pressure from the federal government to lift restrictions so that schools can go back, but Premier Daniel Andrews has refused to back down. Victorians have largely been supportive of the decision.

National cabinet will meet on Friday to finalise a guide to a staged relaxation of social restrictions.

Ms Minchin said she had been pleased with Mr Andrews’ response to the pandemic, but that the timing of the announcement had angered her.

“It’s hard to accept it when everyone else in other states has a more lenient outlook,” she said.

“It’s very important what everyone’s been doing, but you know whether you should be seeing your family or not.

In a press conference on Thursday, Mr Andrews warned that easing restrictions too early could lead to an even harder lockdown.

“I’m not going to criticise anyone for wanting to see their mum, but we always knew May 11 was the day after Mother’s Day, that ain’t gonna change.”

Ms Minchin will instead video-call her family, including her 12 and nine-year-old grandsons.

Lalor’s Jess King has been in lockdown with husband David Pepa and their one-year-old son Ryan since just before social-distancing laws came into effect six weeks ago.

She is understanding of Victoria’s restrictions, saying the measures have been taken to protect the health of the state’s most vulnerable.

To mark Mother’s Day, Ms King has ordered lunch for herself and mother to share virtually over FaceTime. She has also sent flowers.

Although she is making the most of the day, she says it’s sometimes harder trying to celebrate without being able to hug family, including on her son’s first birthday on Wednesday.

“I mean, it sucks. It’s really, really challenging,” she said.

“But we made this decision and we’re following the rules and … the guidance of the government because we know that they are making the decisions based on medical advice from professionals.

“Once we’re all out of it, we’re all going to be healthy and happy and we’ll celebrate and have a good time together … and it’ll be so much sweeter to see each other again.”

There are only four reasons Victorians can leave their homes: food and supplies, medical care, exercise, and work or education. So how can we mark Mother’s Day?

Chloe Booker is a reporter at The Age.

Previous Wallabies, All Blacks captains host historic conference call as Super Rugby restarts loom
Next UFC returns in US, with ‘fight island’ just around the corner