Last of the summer-like warmth lingers for Sydneysiders

admin May 7, 2020 Environment Comments Off on Last of the summer-like warmth lingers for Sydneysiders 25 Views 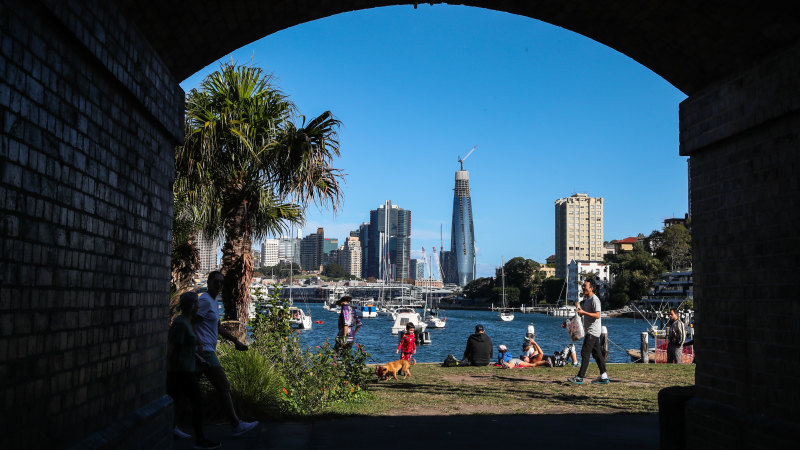 Conditions may favour the last swim at the beach for many people – social distancing limits permitting. Offshore water temperatures were about 21 degrees on Thursday and a shade under 20 degrees at Manly. “You may want to go and dip your toe in first,” he said.

When the change arrives on Saturday evening, the city’s temperatures are only likely to see a gradual cooling with winds shifting from the north-west to the west. “It won’t be a southerly buster,” Mr Domensino said.

Still, overnight temperatures will be chillier, with Sydney’s lows on Saturday of 16 degrees followed by 10-11 degrees for the following four mornings. Out west, places such as Penrith will dip to a crisp 4 degrees by Monday morning.

Sydney’s daytime temperatures will hover around the May average of 19.5 degrees or slightly warmer until late next week, forecasts show.

The mostly sunny skies for the next week will bring little if any chance of rain.

The bureau’s latest monthly drought update, released on Thursday, shows Australia has enjoyed a wetter than average start to the year, easing the severity of rainfall deficiencies over much of the east.

Still, the recovery from the long dry period will likely be a slow process.

“The impact on water resources is still evident [from the drought], especially in northern parts of the Murray–Darling Basin,” the bureau’s report said.

“Significant deficiencies remain at long-term timescales across many parts of the country,” it said. “Averaged over the Murray–Darling Basin and New South Wales, the 36 months from May 2017 to April 2020 have been the second-driest such period on record, behind May 1900 to April 1903, spanning the Federation Drought.”

Previous State leagues vital for AFL: GWS draftees
Next Car parks out, footpaths and cycling lanes in as city prepares for post-COVID commuters