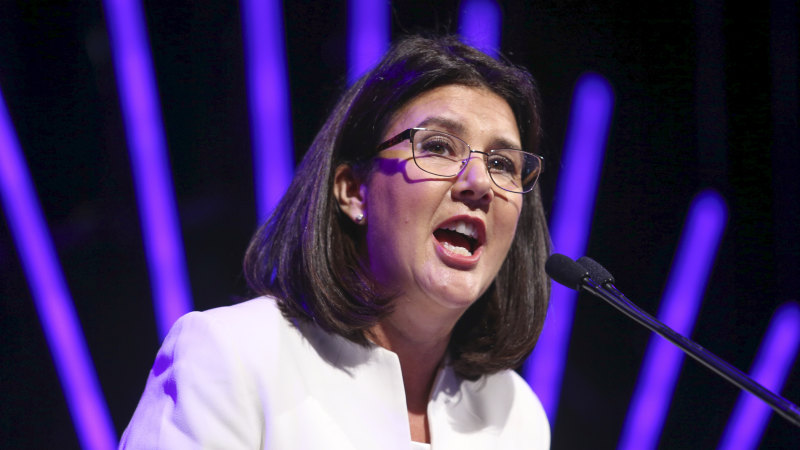 “We’re moving very quickly with this,” Mr Kershaw said. “And we don’t want to tip off, I guess, the offenders involved in this given the fact we have made no arrests at this stage.

“We do have our cyber team on this as there has been an intrusion into a third party. We’re looking into that, how that system was intruded.”

Industry Super declined to comment and Senator Hume was unavailable.

From April 20, the federal government allowed those suffering financial hardship due to the coronavirus pandemic to access up to $20,000 of their super over two years. More than half a million applications for early super withdrawal have been approved by the ATO, with an average amount of $8000.

“Profit-to-member funds have existing, well-developed processes to minimise the risk of fraud, which they have applied since the early release scheme commenced,” Ms Scheerlinck said.

Labor assistant treasurer Stephen Jones said he wanted to know the full extent of fraudulent claims made under the scheme.

“It appears the 150 that have been identified are probably just the tip of the iceberg as the tax commissioner himself has admitted that fraud is very common with their systems,” Mr Jones said. “This is not about the IT system, it’s about the process the government put in place which is inherently flawed.”

He said the super industry had raised concerns about the risk of fraud with the government.

“We want people to have access to their super when they’re in hardship, we don’t want it going to criminals,” Mr Jones said.

“I would remind all Australians to be vigilant in keeping their personal information secure and private,” he said.

Association of Superannuation Funds of Australia chief executive Martin Fahy said applicants should have “every confidence” in the system.

“Superannuation funds have worked co-operatively to support the federal government’s early release of super scheme and have made significant system changes to process an unprecedented volume of transactions and ensure payments are made quickly and safely,” Dr Fahy said.

He said there had been almost a million payments, with 98 per cent made within the five-day timeframe set out by the government and regulators.