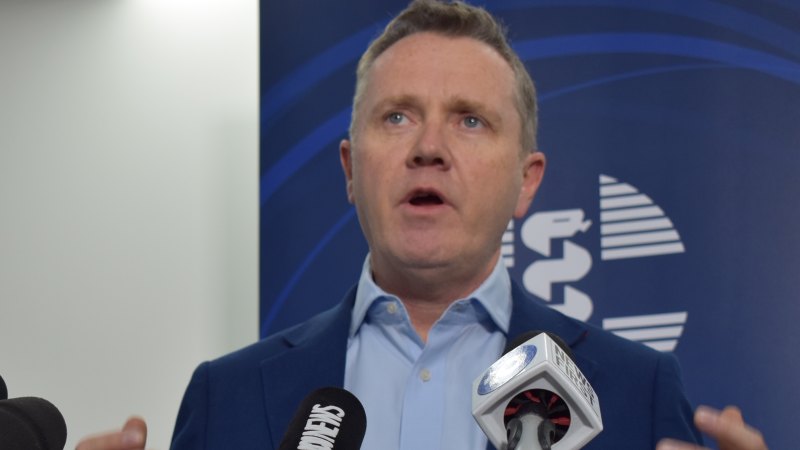 “The reason that we’ve got to be very strict on the regions is because Singapore took their eye off their big installations of migrant workers,” he said.

“Our regions are a bit like that in that they’re very sensitive areas with vulnerable populations; either a lot of retirement-aged people [or] a lot of Indigenous populations, and they have very little in the way of healthcare services.”

Dr Miller said despite the expanded intensive care unit program taking WA up from 160 ICU beds to 600, fewer than 20 of those were likely to be outside Perth.

“So these are very vulnerable communities,” he said. “It’s very difficult to move sick people out of them and so I think we might look at more compassionate reasons for travel for people who live in the regions.”

While Dr Miller agreed it was important to give people hope, he said it would be foolish to think the state was out of the woods yet, especially going into the colder months when the virus could survive for longer on surfaces.

“That’s the big question: do we have asymptomatic spread? People passing on this disease without realising they have it, through no fault of their own, and is it creeping around out there? And is it going to pop up again as it has in the abattoir in Victoria?” he said.

“So we’re very pleased that the state is rolling out the detect trial to test asymptomatic people, we’re very pleased that it’s going to include people in schools and people who work on mines and obviously, from our perspective, we want to see it includes a lot of healthcare workers and a lot of patients who are coming into hospital for other reasons.”

Dr Miller said he believed the key to unlocking the regions would be found in the study of FIFO workers, and how likely was the spread of infection while on planes.

Alcohol is the kind of anti-social distancing medicine.

He also said daily high-pressure cleaning and the removal of unnecessary surfaces, particularly at schools, was still required to combat the risk of the virus resurfacing.

“I don’t think we’re yet getting across the idea of how long this thing can sit around on surface, we haven’t ingrained that into our psyche yet, how carefully cleaned where places can gather have to be and on such a frequent basis,” he said.

“So those images we see on the TV of high-pressure steam-cleaning going on, that’s what needs to become commonplace in our society.”

That also meant the doctor didn’t hold any hope of cafes and restaurants returning to open trade any time soon.

“So I would just recommend that we take it slowly, step by step reversing some of those things and I think that we’ve already made huge advances in getting 70 per cent or more of our school kids back in the last week or two, and we really need now to wait, plateau and see what results we get.”

Aja Styles is a digital culture editor for The Sydney Morning Herald and The Age.