Bordering on stupid: State of AFL season rests with players

admin 3 weeks ago AFL Comments Off on Bordering on stupid: State of AFL season rests with players 14 Views 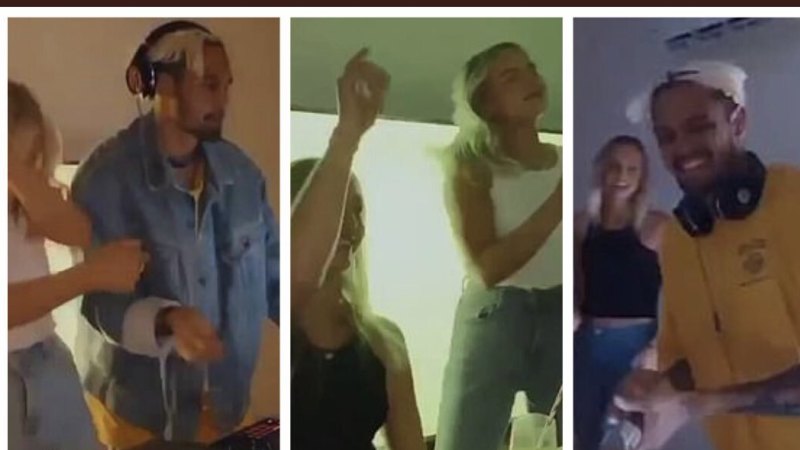 A breach of isolation guidelines by Adelaide players in the Barossa Valley this week is a blow to the AFL as it attempts to convince governments clubs can control their players.

On the face of things, it would appear Mark McGowan and his state government are the villains to football-mad WA supporters in the standoff saga after expressing doubt on the safety of the AFL’s FIFO model.

South Australian premier Steve Marshall and his entourage are in the same boat, declaring their state was not ready to exempt players, although he has stated players from Port Adelaide and the Crows wouldn’t have to isolate for two weeks if chartering flights in and out of Adelaide.

Fremantle CEO Simon Garlick and his West Coast counterpart Trevor Nisbett, probably the most powerful man in WA footy, met with WA Police Commissioner Chris Dawson about their players getting exemptions to travel to and from Perth to kickstart the season and avoid an interstate hub.

Their meeting was a sure sign the WA clubs are fed up and at a loss with dealings with the WA government and its hardball stance on maintaining border restrictions and community safety.

Even WA real estate mogul and one of the state’s richest men, Niger Satterley, weighed in on Friday as he tried to use his muscle to move heaven and earth.

The West Coast life member and former no.1 ticket holder, who has significant financial interest in the club, used money, of course, to argue his case.

Which misses the point Mr McGowan and co are making when determining AFL players flying in and out of WA is too deep a risk to the community just now.

And when we have players here and in wine country interstate, clearly flouting social distancing measures, with the season proper, let alone club training, yet to resume, the finger of blame should be directed first foremost within club walls.

Mr McGowan said ahead of the national cabinet’s three-step blueprint announcement on Friday that WA’s border would remain shut until coronavirus cases on the east coast fell to “virtually zero”.

His pre-meeting press conference also revealed WA’s eight-day streak of no new cases had ended as the popular leader stressed the state would not bow to pressure to drop its hard border closure.

“The hard borders with the east are not coming down,” he told reporters on Friday ahead of the meeting. “I know there’s people in the east who say we should … but frankly, we’re not listening to them.

“I’d need to be confident that we have very low or virtually zero rates of infection in the eastern states before we bring it down.”

Most football fans would support players being given exemptions to quarantine and travel but they should also remember WA is in a better position than most other jurisdictions and will likely ease other restrictions when it confirms our own road-map for economic recovery on Sunday.

These include re-opening intrastate borders, letting us travel and holiday in our vast state and reviving a comatosed tourism industry that has already cost our economy $3 billion and 30,000 jobs.

“WA has the opportunity to be more economically progressive perhaps than other states,” Mr McGowan said.

The WA Premier admits the Eagles and Dockers are victims in the AFL’s grand scheme to resume its season and usual Victorian bias was behind the league’s current plan to resume the competition in Melbourne and the Gold Coast. He’s right. The league has time to wait it out.

“It appears in relation to the hub arrangement, there were eastern states clubs that didn’t want to come to WA, yet the AFL says the WA teams can go to the east,” Mr McGowan said. “It doesn’t seem to me to be particularly fair or reasonable.”

Footy players blatantly thumbing the rules only reinforces the reality that some can’t be trusted or controlled and hence welcoming clusters of them to WA makes sense only when the risk to the community of coronavirus contraction is almost gone.

Previous Officer forced to dive for safety as police car rammed
Next Market wrap: all the leasing and sales activity in and around Sydney