Lees to use Randwick as winter testing ground

admin May 8, 2020 Sport Comments Off on Lees to use Randwick as winter testing ground 57 Views 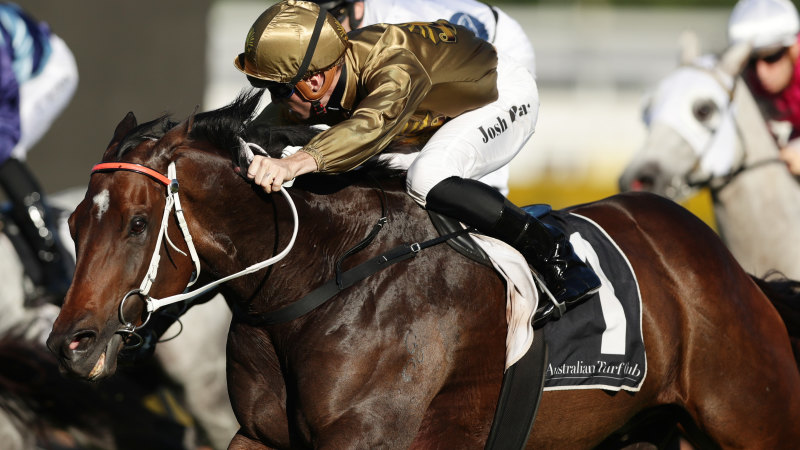 “The meetings here are stronger because of [coronavirus] and you will need to be a pretty good horse to be winning on Saturday.”

The Stradbroke has been mentioned as a target for Tactical Advantage, which is the Takeover Target Stakes top weight on Saturday, while colt Kinloch could still chase group 1 glory in the JJ Atkins.

Aliferous, who lines up in the Gosford Cup, could go to Brisbane as well although the winter staying program is pretty strong and a wet track would help her.

Lees knows the pressure of Brisbane racing would suit Tactical Advantage, something he is not sure the six-year-old will get over the Randwick 1200m on Saturday.

“When he won the Gold Rush last start, the set-up was very good for him,” Lees said. “He was back on firm ground with plenty of speed on and that’s what he can do when he gets that – get home over the top of them.

“I’m not sure he will get that sort of pressure on Saturday. We are hoping that they go along and if they do he will be charging late again.

“If he runs well you have to consider a race like the Stradbroke but you also have to consider that there are plenty of other races for a horse like him here at home in the spring. We don’t have to go to Brisbane.”

Lees is cautious about two-year-old Kinloch, who has been backed into favouritism, as he jumps from the Newcastle 900m to the testing 1200m at Randwick.

The I Am Invincible colt started his season in New Zealand before being shifted to Lees after showing promise.

“You like it when a horse like him arrives,” Lees said. “He had shown us enough to think he would run well at Newcastle and the way he won was impressive.

“I’m not getting too excited about it because it is a big jump from 900m at Newcastle to city grade and 1200m.

“He is another horse that we would consider Brisbane with, if he shows he is up to it, especially as he is a colt. The JJ is still a group 1.

“My feeling with him is that he is going to be better as he steps up in trip but I want to see him do it before I get excited.”

Previous ‘He’s good enough’: Ryan believes Bottega can win Gosford Gold Cup – if he gets a run
Next Queensland mine closed, workers sent home with pay after explosion