admin May 8, 2020 Business Comments Off on Qantas warns Perth Airport ‘eviction notices’ would see flights cancelled within a fortnight 70 Views 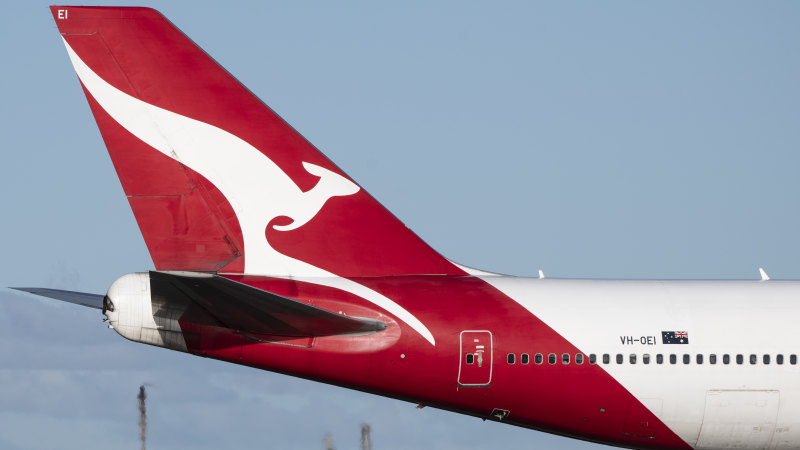 “We understand Qantas needs to keep trading and that the significant profits it is generating from these lucrative FIFO flights are crucial to them,” he said.

“But paying nothing while using all of the airport’s services is no longer an option.”

Mr Brown said the airport would not touch leases that impacted vital freight, repatriation and FIFO flights that had been continuing throughout the pandemic but called on the airline to “do the right thing” and negotiate.

In a statement, Qantas described the 39 letters as “eviction” notices and warned if they were not withdrawn, Qantas, QantasLink and Jetstar would be forced to cease operations through Perth within two weeks.

“Qantas has struck deals with most airports around Australia, and is in productive negotiations with the rest, following the terrible impact of the coronavirus on airlines,” Mr Goyder said.

“Perth Airport is the exception and has responded to Qantas’ request for rental abatements by issuing a series of eviction notices that would shut us down in WA. They should remove these eviction notices immediately and join us in independent arbitration so we can sort this out.

“Paying nothing while using all of the airport’s services is no longer an option.”

“This kind of behaviour from Perth Airport is the last thing our country needs right now.”

The airline said it had paid rent on leases for February and March and the breach notices related to non-payment for April and May. It also claims the money owed on aviation fees was lower than $20 million.

Qantas continues to operate about 350 flights a week through the airport, with the majority headed to Western Australian resources projects.

Mr Brown said Qantas had been asked to provide a list of what leases were critical to its continued operations in WA but stressed the airport had no intention of impacting its ability to operate.

“We’re not trying to punish anybody, we’re just trying to address the basic issue around here [that] Qantas has paid nothing while using the airport services,” Mr Brown said.

“It is not sustainable. It’s not fair. It’s not right.

“Our shareholders are quite simply 8 million mums and dads and their super funds … it is not the 8 million Australian mums and dads’ jobs to provide the working capital to Qantas.”

Central to the dispute between the two businesses is the airport’s Terminal 4, which it took back from the airline in 2019.

Qantas has previously stated it would not pay the owed aviation fees until it receives payment for the terminal in the order of $200 million.

But Perth Airport thinks it is worth closer to $50 million. Mr Brown said the argument was moot anyway because a valuation process, which both parties had agreed to, was still ongoing and no sum was officially owed.

On Wednesday, Chamber of Mineral and Energy of WA chief executive Paul Everingham said its members were big users of Perth Airport and were sympathetic to its position.

“Our members are paying really close attention to that. It is vital that Perth Airport stay open and remain viable and our members will do everything they can to make sure that continues,” he said.

‘It would be unthinkable’: Crown Resorts’ credibility in the crosshairs