admin May 8, 2020 Sport Comments Off on Race-by-race tips and preview for Gosford Cup at Randwick on Saturday 36 Views 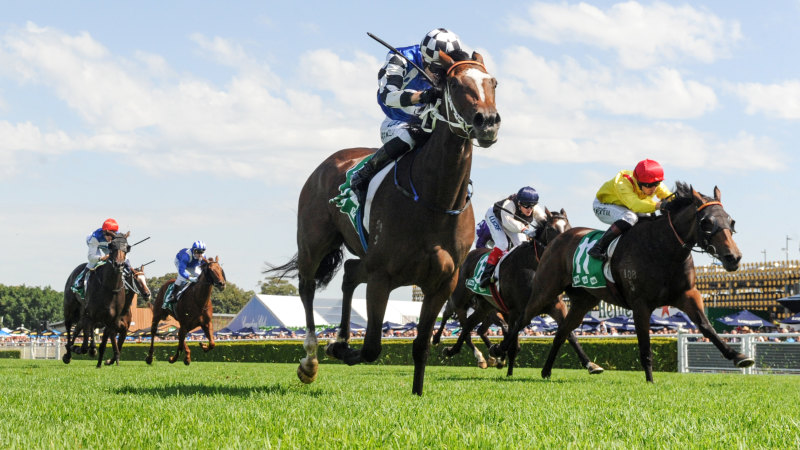 1. Lashes is the best mare in this race. The 60kg isn’t a worry. The wide draw is though. That said, Matthew Smith has done a terrific job in getting Lashes to settle in her races. Early doors she was a one-dimensional speedster. First-up last preparation in this grade she gave her rivals a hiding where 6. Adelong ran second. She meets Adelong 4.5kg worse off but beat her by a widening 2.8L. It was then another BM78 over 1100m for an equally dominant win tucking in behind a slow speed before dashing clear. 8. Sophiella is very consistent and is well placed here in barrier 1 to get the drop on the leaders.
How to play it: Lashes to win.

2. Subpoenaed ran the fastest last 600m split across the entire meeting when second to Rubisaki last start. There was some real quality about the way these fillies attacked the line. What we perhaps did learn about this filly last start having failed over 2000m in the Vinery is that she is a 1400m-miler. It hasn’t been the most conventional preparation and this will be her sixth run in but she can hold her form and Robbie Dolan rides to take 1.5kg off. Just a length between Subpoenaed, 9. Celestial Falls and 10. Miss Einstein when the trio clashed in September.
How to play it: Subpoenaed to win.

14. Masked Crusader deserves to be a short-priced favourite. It’s still all in front of this progressive three-year-old while the rest of his rivals here have reached their mark. He resumed from a spell at Bendigo recently where he got himself out of a tight spot with a sparkling turn of foot to still win by a length. Shouldn’t be far away from the perfect draw and with even luck, should comfortably put these away. 16. Trophies Galore is a big chance of running a hole at odds on recent form. The Muswellbrook-trained galloper ran second in a fast race at Newcastle behind Hardspot two back before chasing home Ulysses again over the Newcastle 1200m. Slips down to 54.5kg for this.
How to play it: Masked Crusader.

2. Laure Me In should have won last start when held up momentarily at the top of the straight before falling agonisingly short behind 10. Welsh Legend. Jumps back 200m here and loses James McDonald but Jason Collett knows the five-year-old well and, similar to last start from the low draw, won’t have to spend anything early to lob him into a midfield position. 3. Bottega is a juggernaut. He doesn’t sprint but just keeps building and building to the line so the faster they go here the better he is suited. Has run second in group company in his past two starts behind Entente and the boom young stayer Kinane. 11. Loveseat has returned in great order giving her rivals a start and a beating at Canterbury last time.
How to play it: Laure Me In to win.

It’s easy to be critical of 4. Aliferous’ run of outs but she hasn’t run a bad race all campaign starting with a fast-finishing second to Master Of Wine first-up. She was then beaten two lengths by Doncaster winner Nettoyer, finished alongside 6. Greysful Glamour (who she meets 2kg better off) in the Epona before just missing to Night’s Watch. Four weeks between runs she lined up in the Hawkesbury Gold Cup dropping back to 1500m and despite finishing ninth, was only beaten 1.9L and clocked the fastest last 600m in the race (33.83s). Want to keep 11. Scarlet Dream very safe. She’s dangerous on top of the ground and the soft track is what we can put her last-start failure down to.
How to play it: Aliferous each-way.

1. Tactical Advantage spotted speedy filly Villami a big start at Rosehill over 1100m last start in the Hawkesbury Gold Rush but quickened brilliantly under 59.5kg to nail her on the line. He is a six-year-old with 33 starts under his belt but I’d argue he has never gone better than what he produced there. He ran his last 600m in a sizzling 32.59s with a last 200m of 10.87s (Punter’s Intelligence). They can’t go much quicker than that. The trick to Tactical Advantage is a dry deck, which he should get come Saturday and with 3. Greyworm, 8. Snitz and 9. Murillo rolling along will get his chance from the rear. Greyworm is still a huge threat even up 3.5kg and in a race with more pressure.
How to play it: Tactical Advantage.

4. Rapido Chaparro sets up well here third-up out to the mile at Randwick. The five-year-old was gunned down by 11. Grand Piano last start but meets him 2kg better off and has more improvement. Drawn 14 is no negative, in fact it’s a lovely draw for Adam Hyeronimus to roll to the front, keeping the horse into a rhythm before just letting him build into the race. Hyeronimus will crank up the pressure from the 800m and this tough son of High Chaparral will be very hard to peg back. The record of Hyeronimus and Rapido Chaparro the last five times they’ve combined is 5:3-2-0. You don’t need me to tell you that 1. Dealmaker doesn’t win very often but the Randwick mile is his go.
How to play it: Rapido Chaparro.