admin 4 weeks ago Victoria News Comments Off on Victorians, including protesters, told to stay home for Mother’s Day weekend 14 Views 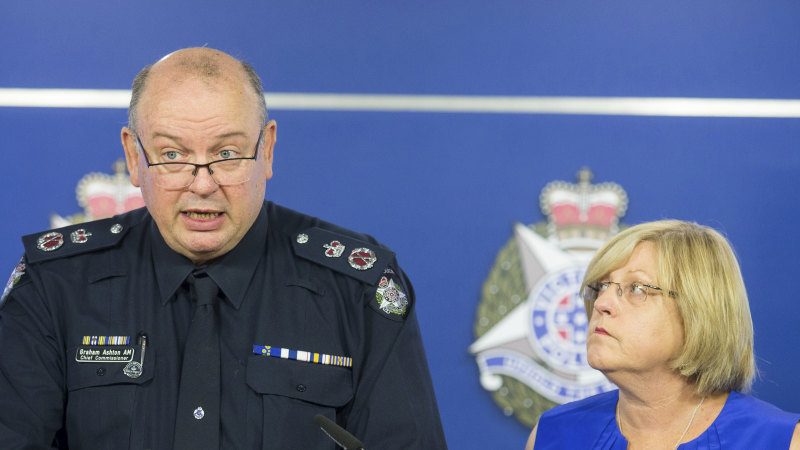 Ms Neville condemned people who were intending to attend the protests, saying police would fine attendees $1652 and then ask them to move on.

“All I can say to people is again, rethink whether you’re going to go to those protests,” she said.

“It is against the restrictions. Police have lots of other things to do – better things, including checking family violence. Don’t go, don’t breach, but if you do go, police will be there.”

Just 13 fines were issued for breaching social restrictions in the 24 hours to 11pm on Thursday, which Chief Commissioner Graham Ashton said was a sign of police showing discretion and asking offenders to move on, rather than instantly fining them.

When asked if Victorians would be penalised for visiting their mothers, Mr Ashton said police would continue to show that discretion over the weekend.

“It depends on whether you understand what the rules are,” he said. “And when the officer talks to you, if you understand that you’re not supposed to be doing that. And then if you want to continue in the house, well you will be fined.

“We’re regulating activity that we would normally be encouraging, so we may need to have a lot of discretion in doing our work.”

Amid concern of how quickly Cedar Meats was told about the outbreak, Ms Neville said while specifics of the case were out of her remit, she believed the key lesson was how “incredibly contagious” COVID-19 is.

A total of 127,000 Victorians have now been tested for COVID-19 in a two-week blitz that ends on Sunday.

After seven or eight cases of community transmission – ones where authorities cannot trace the infection to a known source – were found in the testing blitz up until Thursday, a further five were announced on Friday.

“When you look at our community transmission rate, which is still low but is still growing, we have to continue to be very careful,” Ms Neville said.

Mr Ashton said due to the higher risk of family violence in lockdown, police had been proactively checking on homes with a long history of domestic violence.

Of 2431 checks, Mr Ashton said there had been 780 family violence offences, including almost 200 in which charges were pressed.

“We have found [people] in a distressed state and in the state of having received injuries in some cases, so it has been alarming,” he said.

Mr Ashton said police would look to fast-track schemes such as allowing family violence victims to contact police via social media if they are stuck in their home with the offender and unable to call.