COVID-19: Push to get WA approval as decisions loom

admin 2 weeks ago Latest News Comments Off on COVID-19: Push to get WA approval as decisions loom 23 Views 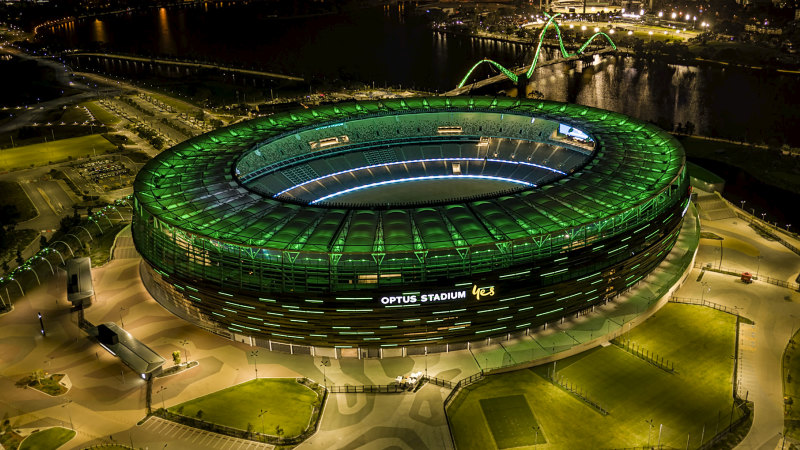 The ongoing conversation between the AFL, the two Western Australian clubs and the state government have focused on what protocols they would need to have in place to satisfy the authorities that a fly-in, fly-out model would pose no threat to the community.

Fremantle CEO Simon Garlick and his West Coast counterpart Trevor Nisbett met with WA Police Commissioner Chris Dawson on Thursday while the West Australian Football Commission Chairman Wayne Martin reportedly urged the premier Mark McGowan to consider whether there was a way for the government to relax their stance.

McGowan is expected to detail his state’s plans on Sunday but has shown no signs of shifting his stance while the Dockers and the Eagles remain tightlipped about the progress of the discussions.

The AFLPA is continuing to work with the AFL about how a quarantine hub might operate if the Western Australian clubs needed to relocate for a period of time with all parties hopeful it won’t prove necessary but understanding it might be unavoidable at the start of the season.

West Coast coach Adam Simpson told 3AW on Thursday that about 15 of his list have children, not to mention the officials supporting the players, with general acceptance it would be a disadvantage to the WA clubs if they had to play out of a hub.

“You hope it’s not two AFL clubs in a hub for 17 weeks and 16 other clubs are living at home,” Simpson said.

Adelaide Crows coach Matthew Nicks said if they need to play away games to play football they would accept that.

“Our preference would be to play home and away, obviously, to give us that advantage when we do play at home,” Nicks told Fox Footy on Saturday.

“But we are 100 per cent flexible and we’ll do whatever it takes from here to play footy.”

The AFL has also been gaining feedback from clubs in relation to some of the practical matters that need to be considered in developing their return to play protocols such as whether staged training sessions would need to occur to comply with the protocols and what that might mean for the number of personnel needed to conduct sessions.

Clubs are also considering how players should enter the premises and the change rooms to ensure they are not congregating in groups greater than 10 at any one time. They are also expecting that players and officials will need to be tested before entering the club for the first time and working out how that might work.

Meanwhile the AFL and the AFLPA are helping to coordinate the return of the AFL’s Irish players who have spent the shutdown period in Ireland.

They are assisting the clubs to get the contingent back on the same flight to quarantine in Melbourne before returning to their respective clubs – only two of the players live outside Victoria – with the players likely to be eligible for the travel exemptions in place for non-Australians arriving in the country.

The clubs are hoping the players can get flights from Dublin through Doha on their way to Melbourne rather than having to stop over in a European airport.

Essendon expected star defender Conor McKenna to be able to return this week but he is still in Ireland awaiting a suitable flight. As the 24-year-old is a permanent resident he does not require a travel exemption but he will need to complete the 14-day quarantine when he arrives.

Why are franking credits declared as income?

I think there may be some miscommunication. A Westpac spokesperson assures me that borrowers are …