Breaking News
Home / Sport / ‘Hoof right on the till’: Onthetake ready to pay out at Wagga

‘Hoof right on the till’: Onthetake ready to pay out at Wagga

admin May 9, 2020 Sport Comments Off on ‘Hoof right on the till’: Onthetake ready to pay out at Wagga 55 Views 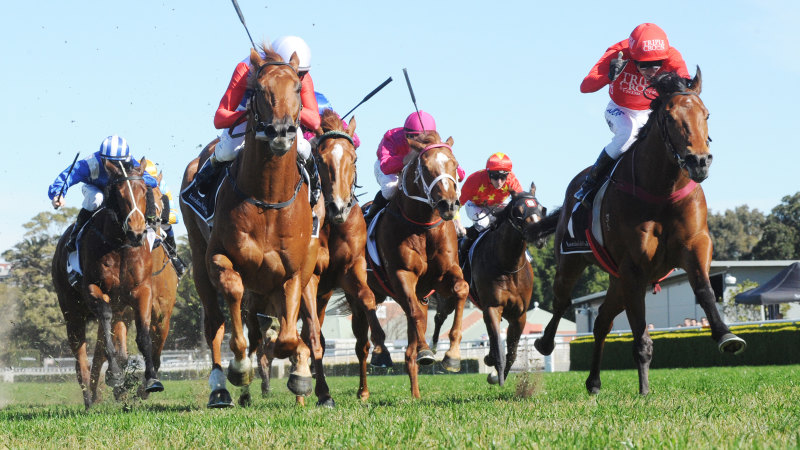 “She took a bit of working out in her first preparation, she’s a bit of a handful, a typically Krupt filly, she is a bit fiery and took a while to work out,” said Gorrel. “And we kept her up a bit too long, there was something there and I was trying to get to it but we put the white flag up and sent her to the paddock, gave her a nice long spell and she has come back well.

“We have tinkered a little bit with her work, which she needs a lot of because she is a big strong mare but we do a lot of slow work and swimming which seems to help her, and a just a bit of TLC. She likes to wander around and have a look at things, stand there and get lost in space for a couple of minutes.”

Last start Onthetake drifted back to last from a wide draw at Canberra but hit the line sweetly to finish a length off key rival here Acton Shale. Gorrel’s charge strips fitter third up and meets that runner 1kg better off.

“She still gets a bit fizzy pre-race but that’s just her, which she is slowly getting better at, but she isn’t far away and has her hoof right on the till,” said Gorrel.

Previous There will be more virus cases in Qld, but Health Minister not worried
Next Russian Camelot new Cup favourite after historic derby win