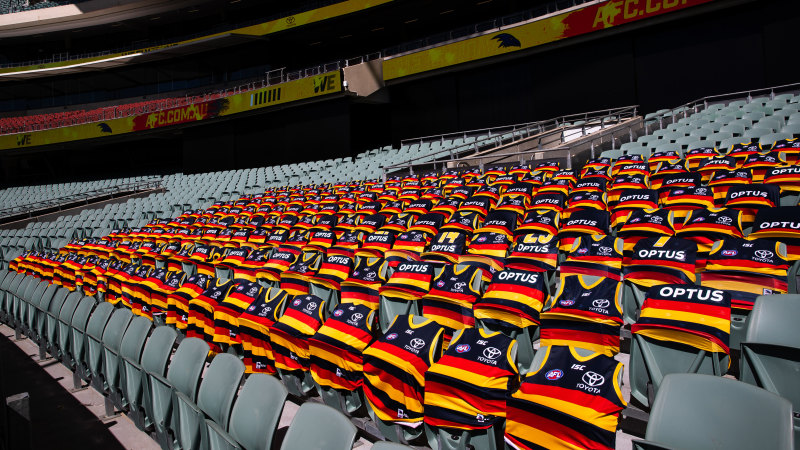 The warning, which was communicated in a video hook-up to one third of the senior coaches and then passed on to the other 12, came just hours before McLachlan learned that 16 Adelaide footballers trained as a group at a golf course in the Barossa Valley.

The prospect of tough new penalties for breaking social distancing has also been put to the players’ union.

As McLachlan and his team weighed up potential sanctions for both players and club, Adelaide CEO Andrew Fagan said the Crows should not be judged in light of previous misdemeanours and notably the damaging Collective Minds pre-season camp.

Adelaide coach Matthew Nicks admitted he was “gutted” by the breaches players made during a training session. He told Fox Footy on Saturday that it was an honest mistake, but he accepted responsibility for it occurring.

The AFL has several options in relation to penalties, including stripping the club of premiership points, taking draft picks or imposing a massive fine. They could also suspend or fine players, a difficult logistical exercise with Nicks saying 17 players were involved.