How socially-distant crowds could be in play for AFL finals

admin May 10, 2020 AFL Comments Off on How socially-distant crowds could be in play for AFL finals 35 Views 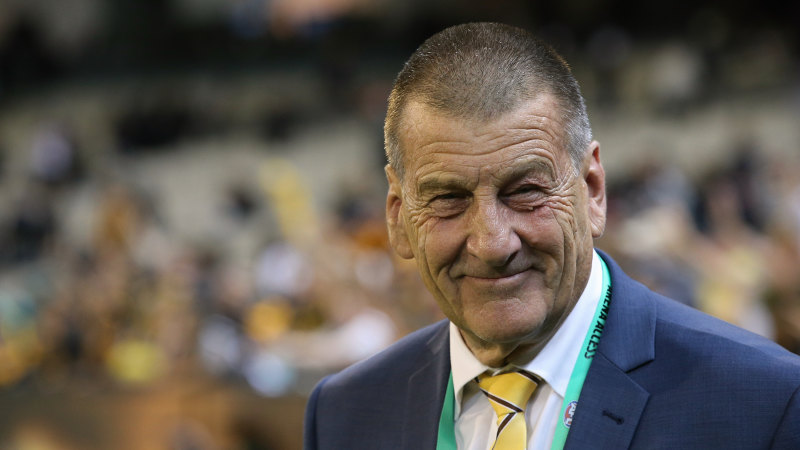 The AFL said it had more urgent priorities. “We’re totally focused on return to play,” said a spokesman. As things stand, the league is planning for an abbreviated season with a June restart and October finals series with no crowds.

The AFL Commission will meet on Monday to finalise its return to play plans, with Thursday June 18 considered a more realistic start date than June 11.

We can’t allow society to be dominated solely by the virus. Otherwise, we will have no movement and no economy whatsoever.

“The last weekend in September is dear to many of us,” Kelly said on Saturday. “Look, I must admit, I’m doubtful that we will be able to fill the MCG by that time, but let’s see how we go on this road. We have a road map for the next few months, and it may be bumpy in terms of the virus.”

Industry sources say it would be possible to seat people in a stadium at a safe distance from one another, and allow families to sit together. They are more doubtful about the cost of opening the entire MCG and its facilities, for instance, while only part filling it. Less than 20,000 would not be viable, more than 40,000 might not be advisable. In any event, tickets would be likely to cost more.

Catherine Bennett, chair of epidemiology at Deakin University, said fans might need to be screened for symptoms of COVID-19, and perhaps as a minimum to have installed the COVIDSafe app on their phones.

“They may want to temporarily limit access to seating in areas like behind the goals to discourage people from congregating in these popular spaces,” Professor Bennett said.

“The more challenging part would be managing people movement in and out of the venue, access to toilet facilities and the offering of food or drink or merchandise. It would probably be best not to allow this initially.

“People flow would need to be organised so that there were no points where people might inadvertently need – or be encouraged to – break physical distancing rules.”

Kennett acknowledged this, but did not see it as insurmountable. “We are an educated community. It shouldn’t be beyond us as long as we are controlling the virus as best possible,” he said. “We are not going to eliminate it, so accept it. We can’t allow society to be dominated solely by the virus. Otherwise, we will have no movement and no economy whatsoever.”

Controls outside a stadium might prove more problematic than protocols inside. “There would be a concern in bringing so many people into one area and the impact this might have on public transport,” said Professor Bennett.

“But with smaller crowds and adequate parking areas, this might arguably be manageable during a transition period.” This flow-on effect on transport and nearby shops is believed to be strenuously exercising the minds of the state government experts.

But Kennett sees a bigger picture. “I think [socially distanced crowds] is something the community should be contemplating,” he said. “It’s not just football. I think the MCG and any other venue that might be used would have to be thinking of it not only for football, but for other sports as well as the year unfolds.”

For the MCG, that encompasses the T20 men’s World Cup – set down for October, but now in doubt – and the lucrative Boxing Day Australia-India Test match.

For AFL, one possibility is for matches with spectators in the Northern Territory. Gold Coast chief executive Mark Evans raised this on ABC Grandstand on Sunday, saying: “We’re still quite interested in playing a game in the NT territory late in the year, which could have crowds.

“If you had the possibility of some of the jurisdictions having crowds sooner than the others, then I think you might want to take advantage of that if you could.”

As of Sunday, the NT had a total of 29 confirmed cases of COVID-19 and no deaths.