How Jack Mundey and his mates saved Sydney 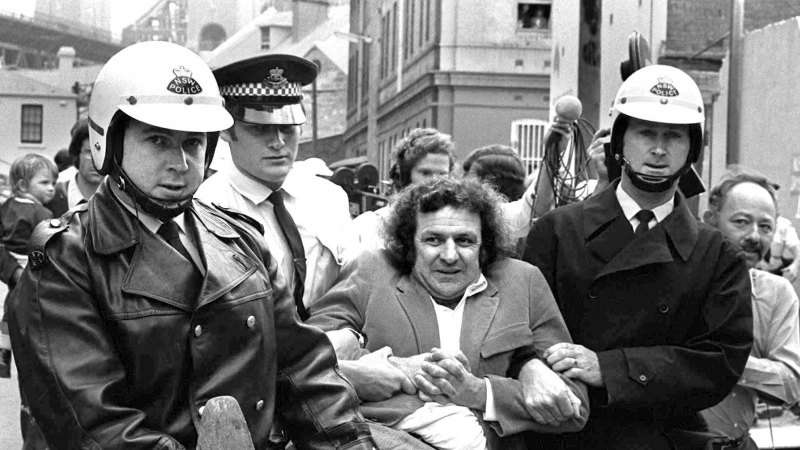 The green bans were placed on building activity by the BLF and a much smaller union, the FEDFA, between 1971 and 1974. They were originally simply called black bans but they were later dubbed “green” bans by Mundey. There were eventually 54 green bans and they held up $5 billion worth of building activity in 1970s dollar terms. It is not exaggerating to say that the NSW BLF is responsible for the shape of Sydney as we now know it.

Green bans saved The Rocks and Woolloomooloo from being turned into a forest of high rise “executive suites”; they saved Glebe from being split into three islands by two major expressways; saved Centennial Park from being turned into a giant sporting complex; saved Victoria Street, Kings Cross from destruction; saved Surry Hills from excessive high rise; saved Ultimo from an expressway and saved the Opera House fig trees from being destroyed by a car park. Individual buildings saved by green bans include the State Theatre, the Pitt Street Congregational Church, and the Colonial Mutual, National Mutual and ANZ bank buildings in Martin Place.

Why were these bans necessary? The late 1960s and early 1970s saw a massive building boom in Sydney caused by unregulated overseas investment and the pro-development Askin government.
At the time there was no heritage or environmental protection legislation in NSW. If you owned something you could rip it down no matter how important or historic it was. There was a poorly funded National Trust, and an even weaker Royal Australian Planning Institute. The Institute of Architects was only just beginning to show some muscle.

However, the union’s stand was strengthened by the rise of the resident action groups. First formed in Paddington and Glebe, they were quickly followed by other suburbs. The activist middle class had started to move into the inner city, which is where most of the pressure from developers was occurring. And these activists were desperate for help.

The BLF leadership always insisted that every ban had to occur at the request of the community, and had to have the community involved. Then every ban had to be voted on by a general meeting of the union. Almost all bans ended up being physically defended and many labourers and residents were arrested and even jailed for this stoic defence.

The union’s green bans quickly became known around the world. Unions overseas began to place environmental bans on construction and ‘Green Ban Committees’ were formed by unions in the UK. Mundey was invited to lecture in Europe and North America and in 1976 he addressed the first United Nations Conference on the Built Environment.

Well known urban planner, Professor Paddy Troy often spoke of the way the ideas embodied in the green bans movement were picked up internationally. One of the main reasons our book on the green bans has been reissued after 20 years is because of continued interest from overseas academics and environmental activists. In fact, the book was selling for $200 on Amazon, and $300 if Mundey had signed it. When I mentioned this to Jack, he said, ‘Oh, have you got any books left?’ and I figured he thought we could get a bit of a cottage industry going.

Jack Mundey and the men and women of the BLF did indeed save a city, as our book points out, and every day all of us benefit from that.

“The last thing we want was any more damage,” Ms Lowrey said, adding that the …