Liberal MPs push for ways out of JobKeeper and JobSeeker schemes

admin May 11, 2020 Federal Politics Comments Off on Liberal MPs push for ways out of JobKeeper and JobSeeker schemes 59 Views 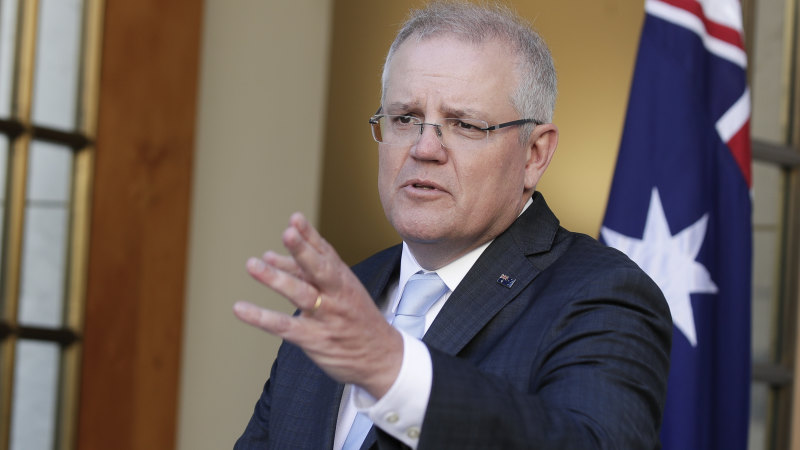 The Coalition party room meets on Tuesday by telephone conference call in a format that makes free-ranging debate more difficult than usual, but MPs are trying to start a debate about how to emerge from the unprecedented job assistance.

MPs report calls from some employers who have seen workers quit because the JobSeeker payment has doubled during the crisis, suggesting the rate must fall once the crisis passes.

The government has waived the mutual obligation rules that require JobSeeker applicants to search for work, but one proposal from the backbench is to end the waiver over time to show recipients the old rules will be restored.

The government dismissed reports Mr Morrison was considering “slashing” the JobKeeper payment or phasing it out faster than the legislated date of September 27 for the final payment to employers.

“We are six weeks into a six-month program.

“And the impact of the virus, how it will impact on Australia in the months ahead with a reopening economy, is very much a work in progress.

“That’s why we’ve put this six-month lifeline in place. And what we need to ensure that we do is that whatever supports we have, that they are targeted.”

Opinions are split within the ministry and backbench because some believe the mutual obligation rules are too difficult to apply during the crisis, when applicants have been queuing at Centrelink offices and the public service has been racing to process claims.

Some ministers are reluctant to wind any of the assistance back before the September deadline.

The government is due to hold a review of the JobKeeper scheme in June and has left open some of its options, including making changes to the structure of the program to give recipients a stronger incentive to return to work.

But it has not suggested ending the program early.

“Those supports are there for as long as they are needed during the course of the legislated period,” Health Minister Greg Hunt said on Sunday.

The Commonwealth’s gross debt reached $617.9 billion on Friday and will climb further as the assistance continues.

Labor leader Anthony Albanese warned on Monday the government was not offering enough help to those left out of the JobKeeper scheme, such as some casual workers and skilled foreign workers on visas.

“Those casuals who have simply missed out, for visa holders who have missed out and who are destitute, some of them, we need to do something to provide support for them,” he said.

Previous Privacy advocates raise new concerns with COVIDSafe app
Next Coronavirus’ pandemic puzzle: why do some nations fare worse than others?