admin May 11, 2020 Latest News Comments Off on Queensland hold the line with NSW against Cricket Australia despite exit of Big Bash chief 47 Views 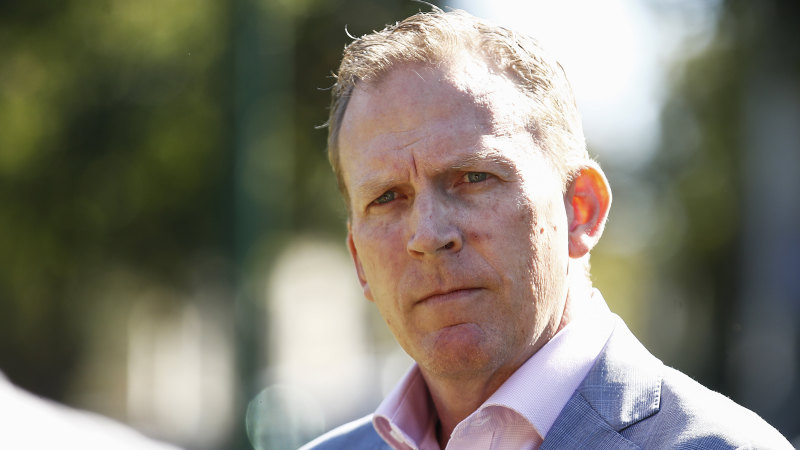 McShea, regarded as one of the best operators in the Big Bash League after helming the Heat for the past five years, has taken a redundancy, it emerged on Monday, as has John Stock, Queensland Cricket’s general manager of community cricket and a former CEO of NT Cricket. More are on the way there.

But despite its cost cutting, QC is continuing to join NSW in resisting signing up to having state distributions chopped.

Officials in Sydney and Brisbane have been adamant all along that Roberts and CA jumped the gun in standing down hundreds of staff and were unnecessarily alarmist in the picture painted of the sport’s finances, and have watched with dismay as Cricket Victoria has subsequently cut a swathe through its community cricket resources in axing 36 per cent of its staff.

Having been unswayed by the figures presented to them, their view is much the same as the one taken by the Australian Cricketers’ Association, whose chief executive Alistair Nicholson last week told players the game was yet to suffer a significant negative revenue event the its financial position was “very positive” compared to the winter football codes.

CNSW will hold a board meeting on Tuesday night, where the CA cash controversy will be the major agenda item.

It has signalled it intends to dip into its reserves if required in the immediate future in an effort to avoid having to axe staff.

Despite more than $20 million in assets, Cricket Victoria chose not to go down that path, a move that chief executive Andrew Ingleton defended on Monday.