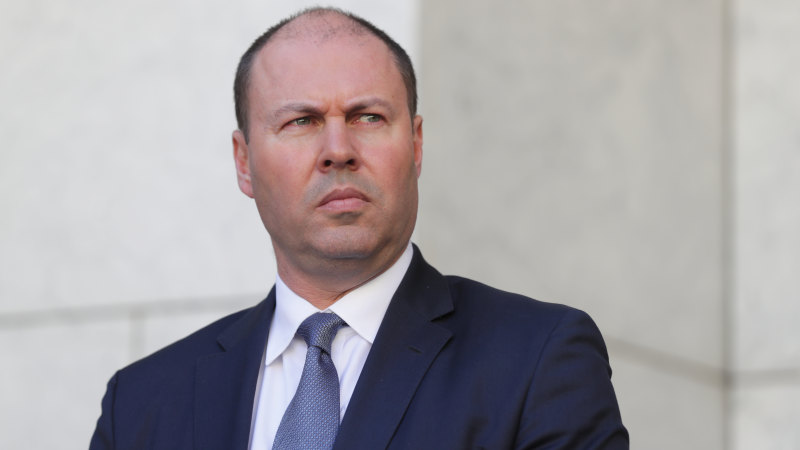 The Treasury is about to start work on that agenda with other key departments brought in to flesh out ideas. Activity will ramp up once the March quarter national accounts are released in the first week of June.

Officials are now trying to determine how the coronavirus pandemic and associated shutdowns have affected different industries.

Mr Frydenberg said boosting growth on the back of major reforms to strengthen the private sector would deliver an economic dividend to the nation while also helping to repair the budget.

“Our focus will be on practical solutions to the most significant challenges which will be front and centre in the post-crisis world,” he said.

“Unleashing the power of dynamic, innovative, and open markets must be central to the recovery, with the private sector leading job creation, not government.”

Mr Frydenberg’s delivery of the speech was punctuated by a coughing fit, and he has since self-isolated and been tested for COVID-19 “out of an abundance of caution”.

State premiers speaking on ABC’s Q&A on Monday raised the possibility of using the national cabinet, which was formed this year to manage the coronavirus pandemic across governments, to drive tax reform.

NSW Premier Gladys Berejiklian said the state government was “focused on the opportunities this brings to us to become more efficient” and this required an open mind on tax reform, including changes to payroll tax.

“It’s the conversation we need to have in New South Wales [including] with the Commonwealth and our state colleagues,” she said, adding the national cabinet process had shown changes could be made quickly.

She said there would be major shifts within state and territory economies, including structural change, which would involve incentives in the tax system.

Victorian Premier Daniel Andrews, also speaking on the panel, said RBA governor Philip Lowe had pointed out there couldn’t be a switch flicked to return to economic growth and there would need to be national reform.

“The lion’s share of it will be reform driven by the states,” Mr Andrews said, listing tax, planning, skills training and infrastructure among the likely changes.

“There will have to be change. If we assume things go back to the way they were that would be very foolish. That’s what common sense tells you.

“There’s been big shifts in the Australian economy. There are some opportunities here.”

However, Mr Andrews said rather than hiking GST or cutting wages through industrial relations reform there needed to be a sensible approach to help those without secure working hours and conditions.

The Productivity Commission’s five-year productivity review report in October 2017 said the Coalition of Australian Governments meetings were “not an effective reform vehicle”, raising criticisms the gatherings had become overly adversarial, transactional and overburdened. However, the report pointed out the First and Second World Wars “drove significant cooperation between the different tiers of government” and historically fears of economic stagnation and issues irrelevant to state borders had seen them work together effectively.

The same report recommended moving from stamp duties on residential and commercial properties to a broad-based land tax.

Business conditions through April fell sharply to be well below the levels recorded during the global financial crisis. Every business sector except mining is now in deep negative territory.

Confidence improved last month but even it is still two times below the low point recorded during Australia’s last recession in 1990-91.

Measures of forward orders, capacity utilisation, capital spending, profitability and employment all fell even further through the month.

“They have been saying that for years,” Mr Falinski said, adding the majority of economic reform necessary was at a state level and the governments had so far not made these changes.

“They want the federal government to take all the heat while they get the benefits of cutting tax,” he said.