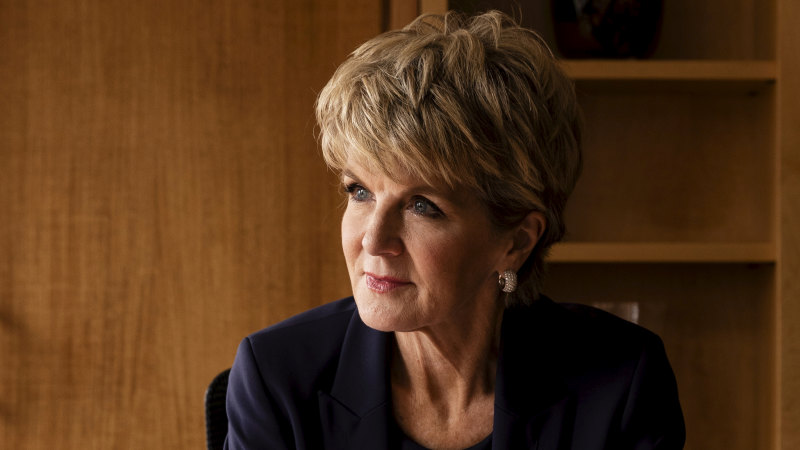 Ms Bishop said she was “surprised” with China’s reaction to Australia’s push for virus probe, but the government needed to convince Beijing that the inquiry would also scrutinise other countries’ response to the virus.

“China should in fact be leading an inquiry into how this pandemic began.

“It is regrettable that [the call for an inquiry] has now descended into name calling and tensions and inflammatory rhetoric.”

Ms Bishop, who was foreign minister between 2013 and 2018 and is now chancellor of the Australian National University, raised concern about trying to force an independent review through the UN Security Council because China had a veto power as a permanent member.

She said the best way forwards was to work with other countries to convince China to agree to a review.

“We need China’s cooperation and support in order for there to be an international investigation,” she said.

Responding to criticism about the WHO’s handling of the global pandemic, Ms Bishop said the UN body needed a “clearer mandate” and the international community needed to decide whether it was a coordinating agency or frontline service deliverer.

“Despite decades of planning, discussions and preparations for a pandemic, they were found wanting in terms of a global response,” she said.

Mr Evans said there was obviously a need for a global review or study into the global pandemic, but Australia’s calls for an inquiry were a “thought bubble” and an “own goal” because it was seen as playing the “US-generated blame game”.

Mr Evans, Bishop’s predecessor as chancellor of ANU, said there had probably been an over-dependence on international students and the global pandemic was a “wake-up call for the government”.

“If that market does dry up, a lot of universities are going to be in real trouble,” he said.

Panic buying escalated through March in Australia. Sales of canned and dry soup surged by …