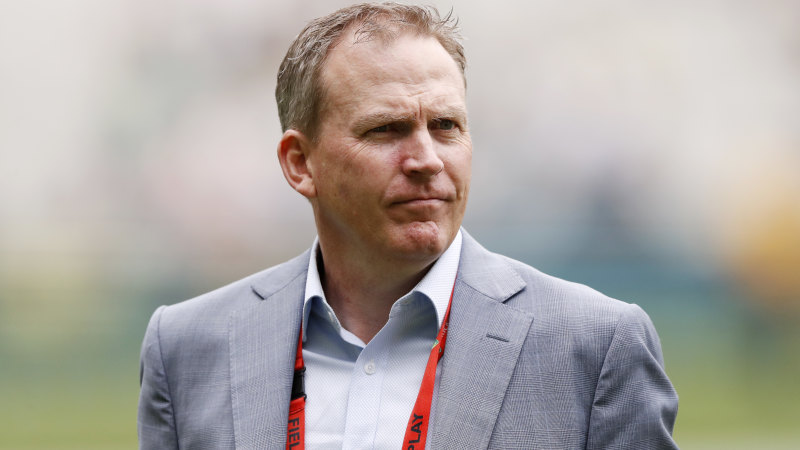 While Roberts told staff at his weekly virtual meeting on Wednesday he did not believe this would be an issue which would drag on for months, there does not appear to be an end in sight.

Roberts told workers four states and two territories have signed up to cuts though the WACA has said it had done so “subject to all states agreeing”.

Discussions are ongoing but arbitration could be required for CA to break the deadlock with NSW and Queensland, who remain sceptical of the governing body’s assessment of its financial situation and are demanding more numbers. CA, however, say they have handed over the required figures.

Queensland Cricket is set to confirm details of its restructure on May 25, having already let go Brisbane Heat general manager Andrew McShea and its head of community cricket John Stock. It had initially planned on cutting working hours for staff but has instead opted to go straight to job cuts.

NSW, the wealthiest of the state associations, has assured staff there will be no cuts in this financial year. There is a belief in some states NSW will not accept CA’s proposal.

There is disquiet at the manner at how CA has handled the proposed reduction in distributions, which were put forward before the governing body announced its drastic stand downs last month. Some states believe CA should have made cuts internally and with players before asking them.

CA is also working with the players on plans to shorten the domestic season in a bid to cut costs, a proposal that is set to meet resistance from the Australian Cricketers’ Association.

The ACA has already held firm on any reductions to player wages, saying the revenue-share model of the current pay deal is hardwired for fluctuations in the game’s finances.

There are reports in New Zealand the Kiwis are in talks over a tri-series if a trans-Tasman travel bubble can be formed.

“We have been having conversations with a number of countries regarding the various options and scenarios which may be possible in 2020/21,” White told Newshub website.

“But at this juncture, it’s too early to discuss those in any detail.”

The Herald reported last month New Zealand visiting these shores was a genuine fallback option for CA if India could not come, though confidence has since risen the blockbuster series against Virat Kohli’s men can go ahead.