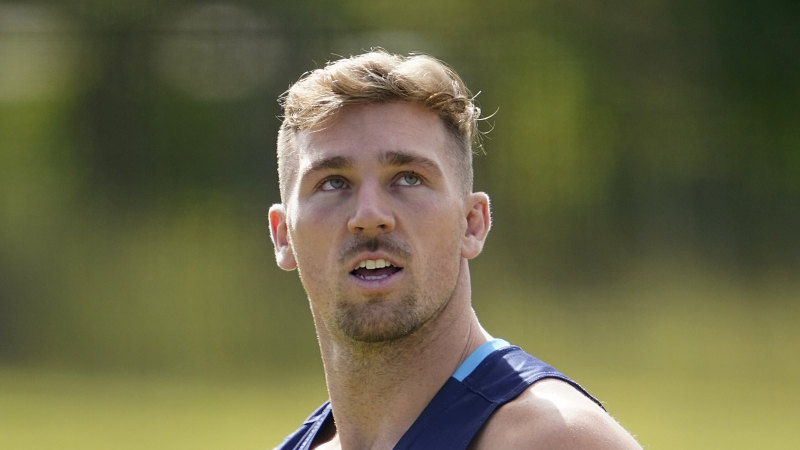 There are still players at the Sea Eagles, Bulldogs and Raiders who have not been vaccinated and unless they are also able to provide a medical reason as to why they should be made exempt, will be barred from entering Queensland until state borders are re-opened.

The Titans had put a Thursday deadline on Kelly and Cartwright to officially inform them of their decision in a bid to provide clarity about their squad ahead of the NRL’s season resumption on May 28.

Kelly and Cartwright had resisted getting the flu shot, jeopardising their chances of participating in the Titans’ premiership campaign. However, sources close to Kelly said the former Manly centre had relented in order to rejoin his teammates at training and continue his playing career.

Cartwright has become a poster boy for the NRL’s vaccine-refuser movement. Last week his wife, Shanelle, took to social media to complain about football players being coerced into taking a flu shot in order to play.

She wrote: “According to the Australian immunisation handbook under 2.1.3 Valid Consent, 2. It must be given voluntarily in the absence of undue pressure, coercion or manipulation. This is exactly that. We’re entering very scary territory.’’

Broncos coach Anthony Seibold said on Thursday that he would be less than impressed if his club was forced to play home games in Sydney on account of a small group of players objecting to flu shots. Manly’s Dylan Walker and Addin Fonua-Blake and Raiders trio Josh Papalii, Joe Tapine and Sia Soliola are among others reluctant to have the seasonal injection.

‘‘If we’re going to cater for the minority, we’re kidding ourselves, really,’’ Seibold said. ‘‘Am I right in saying there are only seven players? If we’re having to go to Sydney because of seven players from a couple of different teams, I think that would be quite unfair on the Cowboys, us here at the Broncos, the Mebourne Storm. There are about 500 players across our game.

‘‘We’ve done the right thing. Everyone has a jab. We’re told we can play at home so I expect us to play there when the draw comes out. I can’t see the point of every team having to travel to Sydney because a couple of players across three or four clubs haven’t got the [flu] jab.’’

Herald columnist Phil Gould, who worked with Cartwright during their time at Penrith, revealed he declined a request to write about the issue.

‘‘I was asked to write a column about this on the weekend, about the whole anti-vax situation and everything, and obviously I’ve had a relationship with Bryce Cartwright over the years as well and a number of these players refusing to take flu shots and I could never understand it,’’ Gould told the Wide World of Sports’ Six Tackles with Gus podcast.

‘‘I wrote that column and I actually didn’t publish it, I decided not to in the end because I’ve dealt with this so many times before, I just didn’t want to deal with the debate. It’s virtually now a platform to keep getting this anti-vax message out there, it’s become a little bit of a soap box for them now.’’