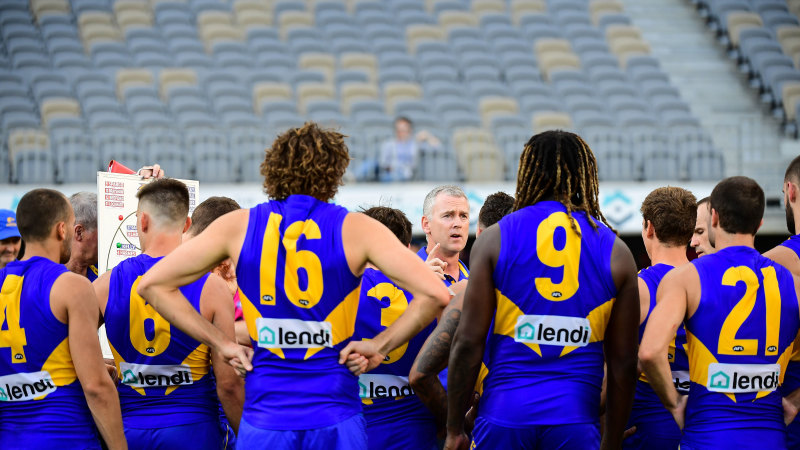 “As long as the facilities and arrangements are not open to and used by the general public.”

While McGowan is not willing to grant border exemptions, he instead continues to push the case for some of Victoria’s 10 clubs to relocate to a quarantine hub in WA.

“The two-week quarantine arrangement needs to stay in place, the integrity of the state borders needs to stay,” McGowan said.

“It appears to me Victorian clubs aren’t willing to leave their comfort zone and come over here to hub in Western Australia, yet they expect our teams to go over there.

“It’s a little bit rich and it seems to me they’re a little bit pampered and they should be prepared to do the hard yards and go somewhere else.”

Victorian Sports Minister Martin Pakula hit back at McGowan’s comments, saying clubs in four other states should not all be expected to accommodate WA’s position.

“Let me get this straight. Our borders are open and AFL clubs can train without quarantine. WA borders are closed and everyone has to quarantine for 14 days. So to accommodate WA’s position, the other 16 clubs should all relocate to WA and lock down, otherwise they’re all soft,” he tweeted.

Pakula said he had no issue with WA closing its borders.

The Eagles and Dockers have both nominated the Gold Coast as their preferred hub location.