admin May 15, 2020 Sport Comments Off on Everest on horizon for Goodwood favourite Gytrash 43 Views 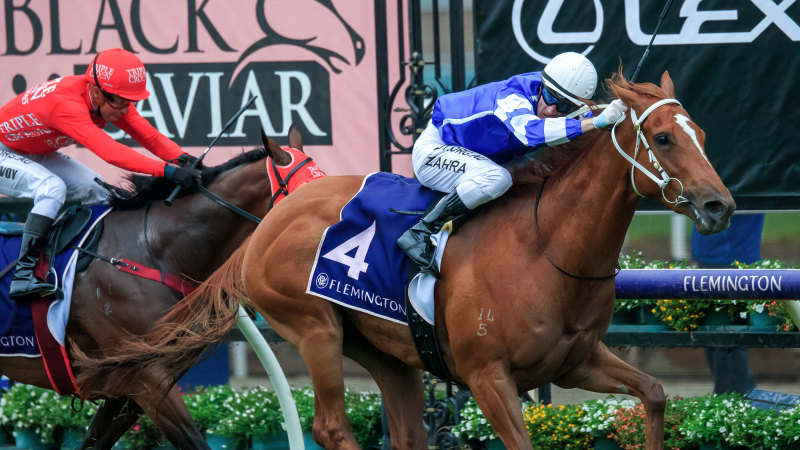 He was then placed in the Newmarket Handicap and William Reid Stakes before winning the Irwin Stakes as a lead-up to trying for success in his home-town group 1 sprint.

“He has had a great preparation and is ready for Goodwood, which is a race we have been thinking about since last year,” Richards said. “He has really stepped up to where we expected. He has earned the right to be favourite here, but he is facing a very good field.”

Gytrash was one of the beaten brigade in last year’s Goodwood, six lengths from Despatch as a $17 chance. Bookmakers are betting $3.70 this year as he splits Everest runners Santa Ana Lane, Trekking and Sunlight at the top of the weights. It shows how far he has come.

“We have worked him out since last year and he is still getting better,” Richards said. “The press keep asking me about the Everest, I wish they had a slot because we haven’t had any approaches yet.

“We want to get through Saturday before worrying about that [The Everest]. If he does win, I think it will show that he should be there.

“I would think he would have to come to Sydney and show he is up to the grade over there before getting a slot and, hopefully, we can do that as two-time group 1 winner.”

The Adelaide Cup winner last time out, King Of Leogrance is favourite to take the exemption from the Melbourne Cup ballot that comes from winning the Ramsden Stakes.

“With these stayers we pick their races careful and, when they go to the races, they are ready,” O’Brien said. “He was very strong in the Adelaide Cup and he is going as well going into this race.

“It was a race we picked out for him at the beginning of the prep because it gets him into the [Melbourne] Cup.”

King Of Leogrance carries the Lloyd Williams silks and was one of the horses he moved to another trainer when he closed Macedon Lodge.

“He is great to train for, the odd text message here and there. I know he would like another horse in the Cup and we have the right horse,” O’Brien said.