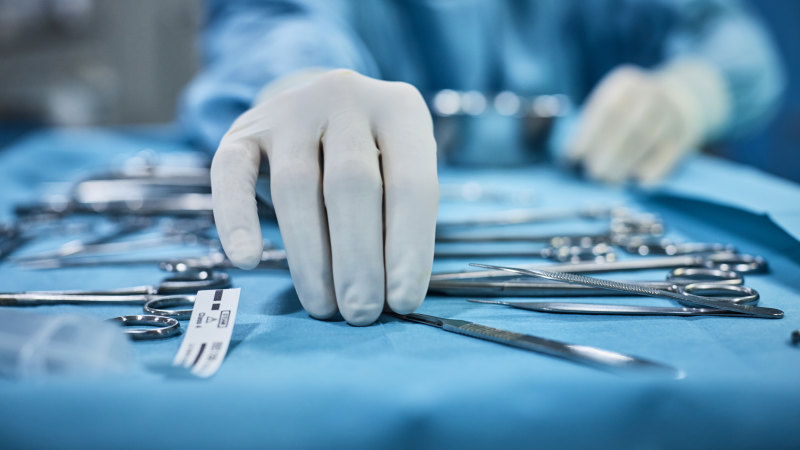 Research by the international CovidSurg project, published in the British Journal of Surgery on Friday, estimated more than 400,000 elective surgeries – including 25,000 cancer surgeries – were cancelled in Australia due to COVID-19 restrictions on elective surgery.

Newcastle colorectal surgeon Peter Pockney, a member of the organising committee for the CovidSurg project, said it would take an estimated 10 months to clear the backlog if elective surgery was increased to 110 per cent of pre-pandemic capacity.

This could be expedited to five months at 120 per cent or three-and-a-half months at 130 per cent, he said, noting “it could be quite difficult to ramp up” to this level and the backlog in the public system would extend already long waiting lists.

State governments are negotiating agreements with private hospitals to take on some of their elective surgery work.

Professor Murphy said Australia’s hospitals were currently operating at between 50 and 60 per cent of capacity after beginning to slowly increase elective surgery in recent weeks and that “everybody is now heading towards full elective surgery”.

With only about 50 COVID-19 patients in hospitals around Australia, including 12 on ventilators in intensive care units, he said “there is now pretty good room for further expansion”.

“In those states that are having essentially no cases, they want to go fairly quickly back to full elective activity,” Professor Murphy said.

He urged Australians not to “neglect their general health issues” and visit their GP or specialist when needed.

South Australia has already restored elective surgery to 100 per cent capacity, while Western Australia will move to 50 per cent on Monday.

Victoria is expected to initially increase to 50 per cent capacity, but the timing remains uncertain.

A NSW Health spokesman said the department “has taken a measured approach to elective surgery throughout the pandemic and will continue to do so, noting that we will soon be increasing elective surgery beyond the current limitation of 25 per cent.”

“Our primary goal is to safely care for patients requiring surgery and other procedures as well as ensuring we maintain hospital capacity, personal protective equipment and staff safety,” the spokesman said.