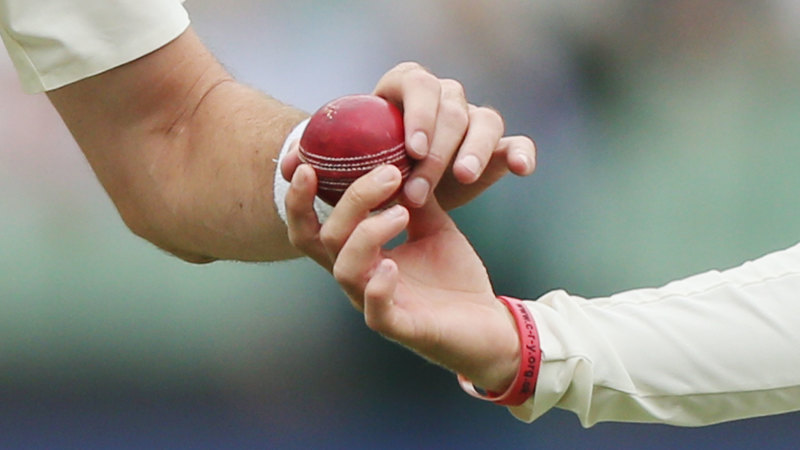 “The ICC is working really closely with all the cricket bodies around the world in terms of finding new ways,” Baird told ABC Grandstand.

“Some consideration is now being given to whether things like that wax applicator will become part of cricket’s new normal.

“And whether it will move way from the ball being shined – a dark mysterious art that happens in the outfield – to a more formalised process that happens with the umpires being involved. They’re all the things cricket is working through at the moment.”

Managing the ball has been a contentious issue in cricket for years, highlighted by Australia’s ball-tampering scandal in Cape Town two years ago.

But management is vital to even the battle between bat and ball to allow for conventional and reverse swing, as is currently legal as long as no artificial substances are used.

The use of wax would currently contravene that unless approved by the ICC, but would be a far safer and hygienic process during the coronavirus pandemic.

Ball manufacturer Kookaburra last month floated the method, using a pocket-sized sponge applicator. It could either be applied by umpires or simply overseen by them.

Another option put forward by Kookaburra last month was an artificial ball, while Shane Warne has suggested using a weighted ball to enhance swing.

“I think it is a logical step (to remove the use of saliva),” Baird said. “If you were creating cricket today, I’m not sure ball shining would be part of the game.

“We’re confident we will haver clear guidelines from CA with what is and isn’t going to be allowed.”