Global independent inquiry into the coronavirus set to pass 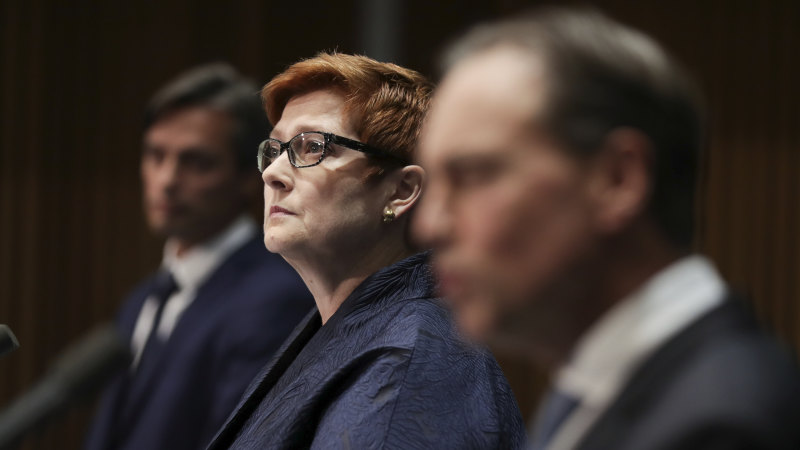 “We look forward to seeing hopefully a positive outcome,” she said.

“One thing Australia is very, very sure of in terms of the steps that we are taking is the importance of being consistent, of being clear, and ensuring that we are working through each issue as they come to us.”

Asked whether China was wrong to oppose Australia’s push for an independent review, Senator Payne said she did not want to engage in “commentary country-by-country”.

“What is most important is the level of encouraging support that we are seeing for the review and for the World Health Assembly resolution,” she said.

The Australian government is targeting a unanimous vote but, under the World Health Assembly’s rules of procedure, only a two-thirds majority is required for a motion to pass. The broad European Union-led motion, which was amended by Australia to include stronger terms for an independent inquiry run separately from the World Health Organisation, is now just 13 votes short, at least 24-hours before votes from all nations are set to be cast.

The emphatic international support for an independent inquiry will isolate China, which has been publicly opposed to Australia’s position. Last week, China hit Australia with trade strikes on beef and barley worth $1 billion.

The number of sponsors of the motion is up from 62 on Sunday and means it should easily be waved through on Monday or Tuesday at the virtual meeting of the assembly, the World Health Organisation’s governing forum.

The increase comes after The Sydney Morning Herald and The Age revealed Australia was negotiating with African countries to co-sponsor the motion after it won over the European Union and the support of its top Foreign Minister, Josep Borrell.

The motion demands the WHO immediately establish “a stepwise process of impartial, independent and comprehensive evaluation” of the international response to the pandemic and the world health body’s response to the outbreak.

The World Health Assembly, the supreme decision-making body of the WHO, is attended by delegations from all member states and determines the policies, budgets and reviews of the the UN body.

Liberal senator Concetta Fierravanti-Wells, a former minister for international development, accused the federal government of watering down the motion to appease Beijing.

“Just from a cursory reading it doesn’t seem to have a reference to China,” she said on 2GB radio on Monday.

“The push for an inquiry into the origins of the virus is commendable. But the reality is China will do everything in its power to avoid scrutiny.”

Trade Minister Simon Birmingham said he hoped China would vote in favour of the inquiry.

“I hope China will come on board at the World Health Assembly, joining many, many other nations in supporting the obvious need for an inquiry into COVID-19, its origins, its handling right across the world,” he said.

Senator Birmingham is still waiting for a response from China’s Commerce Minister Zhong Shan, a week after Beijing launched the first of two hits on Australian beef and barley exports.

Agriculture Minister David Littleproud confirmed on Monday his request for a phone call from his counterpart had been rejected.

“They’ve come back to me and indicated that there isn’t an opportunity for us to talk in the near future about the challenges we’ve got,” Mr Littleproud told the ABC. “But they also made it clear that they’re quite confident that at our official level, that they’re able to work through these issues.”

China is expected to finalise by Tuesday its decision to impose 80 per cent tariffs on Australian barley. Senator Birmingham said if China followed through with its threats he would refer the dispute over technical infringements to the World Trade Organisation.

Previous ‘It doesn’t make a lot of sense’: Port not happy to share resort with Crows
Next Two of four Virgin bidders fresh from airline strife