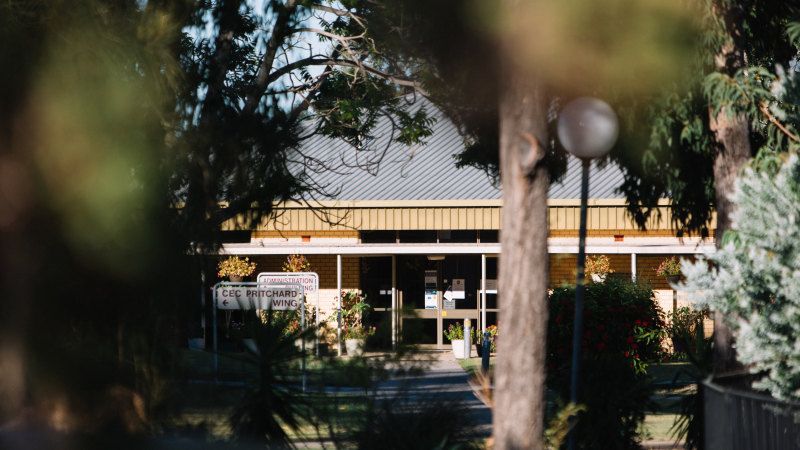 On Monday all eyes were on a previous case – a nurse from Rockhampton who tested positive for coronavirus while working at a state-run aged care facility.

Health Minister Steven Miles and Chief Health Officer Dr Jeannette Young both arrived in the central Queensland town on Monday to oversee the ongoing response, which includes testing, movement of some of the residents and two separate inquiries into what happened.

Testing has been done over the weekend on all residents and staff at the facility bar one, with all so far returning a negative result.

The one staff member not tested has been away on leave and will be tested when they return.

Dr Young said all residents and staff would be tested repeatedly over the next two weeks to ensure they did not develop symptoms.

“I’m heartened but I’m not yet relieved,” Dr Young said.

“We need to go through these next 14 days and see what happens.

“We’ve got a lot of history from other aged care facilities that have had outbreaks, and we’ve learnt from that and are making sure we implement everything we can in this facility.”

The local health service is conducting an investigation into why the nurse was working when showing symptoms and why she apparently returned to work after being tested for COVID-19 but before receiving her result.

Mr Miles confirmed on Monday a separate investigation by the Director-General of Queensland Health would take place.

Amid all the commentary on the case, Mr Miles urged people not to direct any more anger at the nurse at the centre of the incident, after a torrent of online abuse at the weekend.

“Clearly a mistake has been made,” he said.

“We will deal with that appropriately but I’m eager to avoid a witch-hunt.”

Meanwhile Queensland is looking at mid-September at the earliest for any potential border openings.

Premier Annastacia Palaszczuk gave the September date on morning media interviews when asked about NSW Premier Gladys Berejiklian calling for Queensland to consider allowing people in northern NSW to access the Gold Coast among other things.

Dr Young said other states would need to “get their problems sorted” before Queensland opened its border again, pointing to new outbreaks in Victoria.

The July date flagged in the state roadmap to lifting restrictions was the “absolute earliest” border controls could be reversed, she said.

“I think it’s highly unlikely, but maybe NSW and Victoria could get all their problems sorted,” Dr Young said.

“What we would need is to see no new cases for two incubation periods.”

The Chief Health Officer also repeated her urging for anyone in Queensland who felt even slightly unwell to get tested for COVID-19, saying it was the first line of defence against any situation like the one in Rockhampton.

“We have had so many people get vaccinated this year for flu and all the social distancing has meant that people haven’t spread flu,” she said.

“So today, if you have got respiratory symptoms there is every chance it’s more likely due to COVID-19 than due to anything else.

“If you feel unwell, get tested.”

Previous Top Sydney barrister to oversee war crimes probe against Ben Roberts-Smith
Next Some workers will struggle going back to the office, expert warns