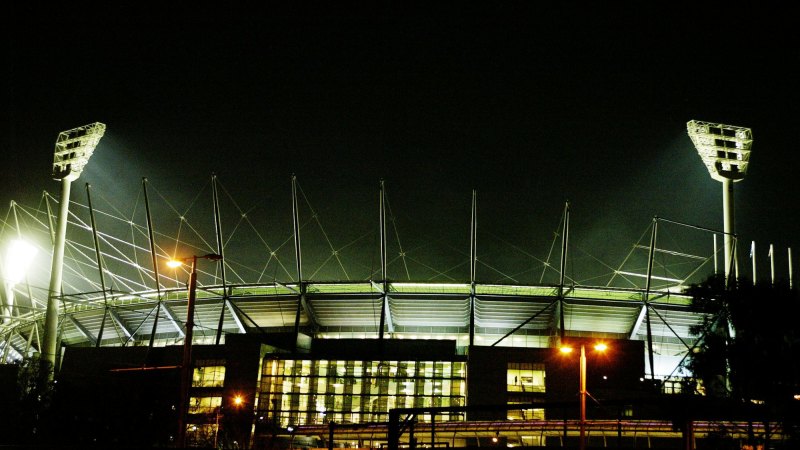 An AFL spokesman said: “We are continuing to work through the fixture options and haven’t locked in on timing of the finals series or the grand final.

“As always we will work closely with other sports and the Victorian government in ensuring that we maximise the major events calendar.”

Racing Victoria says everything is on the table for this year’s spring carnival but it won’t have to make any hard and fast decisions until at least next month.

While the AFL and Racing Victoria have held talks, the league cannot commit to a position yet due to continued uncertainty about when its season will conclude. If there were no interruptions or byes and games were played with normal breaks the AFL season would end on the Cox Plate weekend.

McAvaney, who calls both football and racing for the broadcaster Seven, told SEN on Monday that racing should move its prime assets to a period that didn’t clash with AFL.

“I’d pick the carnival up and push it back. If I were the Melbourne Racing Club and Moonee Valley Racing Club I would say, ‘OK, Flemington’s not going to move but we are.'”

Victoria Racing Club insists that it will run the Melbourne Cup on the first Tuesday of November – as it has for the past 160 years.

The Melbourne Racing Club is prepared to consider radical changes to its signature race, the Caulfield Cup. It would be prepared to stage the world’s richest 2400-metre handicap in late November, weeks after the Melbourne Cup should that remain in its traditional date, to avoid a clash with the rescheduled AFL finals.

But Moonee Valley’s CEO is not keen on moving the Cox Plate.

“My personal preference is to retain the current date for the Cox Plate,” Browell said. “I know Flemington have come out and stated that Cup week won’t be moving. Let trainers and connections plan for that and we will see how the AFL unfolds.

“I have had dialogue with the AFL and stated that our preferred position is that we retain the 12pm to 6pm time slot for Cox Plate day.

“If they wish to push ahead and play the grand final on 24 October, it may be that they need to consider playing a one-off night grand final.

“We all need to be flexible because these are challenging times and the back end of the calendar is going to be loaded up with all this sport, from not just here in Australia but around the world.”

Racing Victoria will make the final call on how the carnival will look and the timing of key races. But, it says, it will only make decisions in collaboration with the race clubs and other stakeholders.

“We’ll be taking into consideration a range of matters including the likely COVID-19 restrictions, whether crowds are permitted or not, broadcast arrangements, wagering considerations and Victoria’s events calendar before making final decisions on the 2020 spring racing carnival,” a spokesman said.

Seven, which broadcasts the AFL, has a deal to cover premium meetings in Victoria – except for the Melbourne Cup carnival, which is shown by Ten. Seven’s contract runs out on June 30, and some have asked whether its attitude might have some bearing on planning given this year’s one-off circumstances.

The MRC’s key Caulfield Cup date would, as things likely stand, be up against the AFL preliminary finals and The Everest in Sydney.

Jake Norton, the MRC’s executive director, racing and media, says that all options should be considered, especially whether there was anything to be gained by avoiding the football finals.

“Factors to consider are share of voice in the media and share of dollars among our major customer constituencies,” he said. “Bookmakers and wagering operators provide an excellent marketing service for racing. Do you lose a lot of that if you are hemmed into the same month as the footy finals?”