admin May 19, 2020 AFL Comments Off on Adelaide, Port Adelaide can avoid Gold Coast hub for at least two weeks thanks to police exemption 33 Views 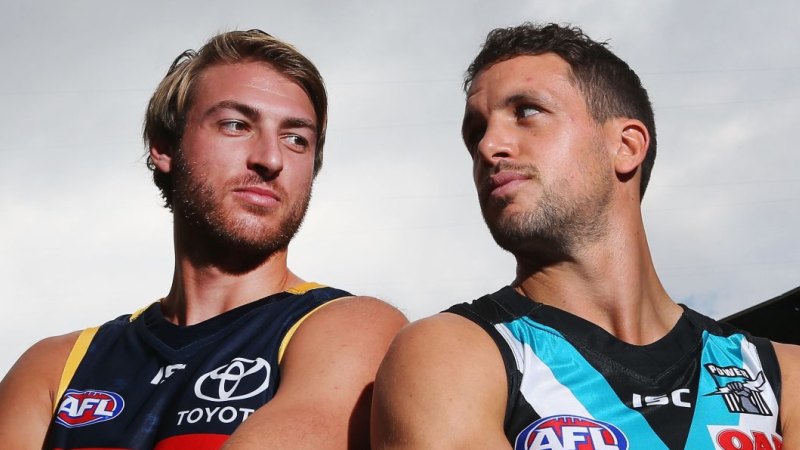 “Determining that these particular players fall within the ambit of elite athletes, commissioner Stevens has directed that these exemptions will be subject to a range of conditions including remaining in their respective places of residence and only permitted to travel to and from the particular training venue when required to do so,” a police statement read.

“They may leave their residence for essential reasons such as seeking medical assistance.

“This will allow the two clubs to train on a comparative basis to other AFL teams preparing interstate.”

The news will delight players and staff at both clubs because they now have to spend two weeks fewer, and possibly more, away from their home environments than once thought.

The two clubs play each other in round two, according to the original fixture which is being re-drawn, and there remains a hope that this could be completed in South Australia, sources at the clubs said.

This ruling gives that hope a much better chance of happening.

It appears also, according to those at the clubs, that they would not need to enter the hub on the Gold Coast until the week of their first match in Queensland, although this has not been confirmed.

All AFL clubs resumed training this week, with contact training to start next Monday. Games begin on June 11.

Thanks for following the blog tonight. After a goalless first quarter, it turned into a …