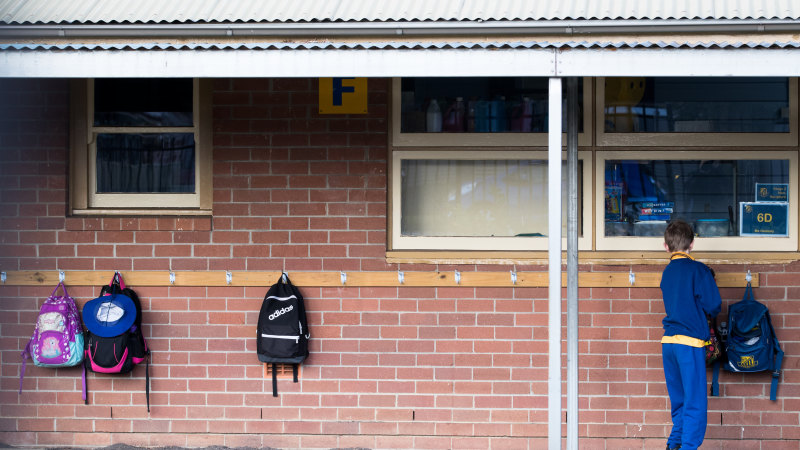 “There are some potential legal issues or risks associated with making decisions online, that we don’t want members to have to stick our neck out for. A lot are stuck at the moment.”

Katherine Wake, a P&C member at an inner west school, said her association was unable to authorise spending on cheese and coffee treats for teachers returning to school last week.

“We adore our teachers and we wanted to love them up, and we couldn’t even do that,” she said. “It’s an outrage, there are big bills and decisions to be made. Some of the invoices P&Cs are responsible for are worth $40,000, for outdoor learning areas or air conditioning; they have to be ratified.”

Department of Education guidelines issued this week advised P&Cs to conduct meetings online while parents are barred from school grounds.

But the P&C Federation has asked the Education Minister to explicitly permit virtual meetings via a government gazette, to ensure P&Cs are operating within the law.

“There is a level of frustration among P&Cs with the conflicting and contradictory information that’s come from different levels of government,” Mr Spencer said. “In general, parents and students have been left in the dark, along with ourselves.”

“Some have gone ahead and had executive meetings, and made decisions on behalf of the P&C. When they go back to normal, they’ll get the full meeting to endorse them. Most have dealt with it in their own way, irrespective of opinions on the legalities,” he said.

“[For others] there was a risk that if they paid out money that hadn’t been approved, they were theoretically not doing the right thing … The doubt about that will be resolved when the Minister changes the constitution.”

“A new set of model rules will be published in the Education Gazette by early next week allowing P&C’s to issue an intention to change their constitution by the following week,” he said.

Mr Spencer said most P&Cs had been left “dead in the water, financially” without being able to fundraise during the pandemic. Canteens, after-school care and uniform shops have shut during school closures, cutting off regular revenue. Other fundraisers such as annual fetes, trivia nights and sausage sizzles are indefinitely cancelled.

Previous ‘This could annihilate them’: producers under threat amid China export tension
Next Accused parent killer to face Qld court for first time after NSW road trip