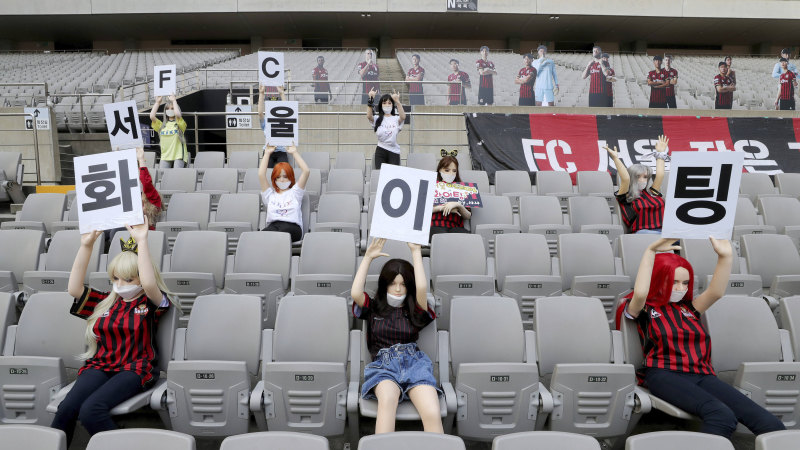 Such advertising is in breach of the competition’s rules, and K-League officials have referred the matter to a disciplinary committee.

If found guilty, FC Seoul could be fined or have points deducted. The club could also be punished for damaging the prestige of the league at a time when it had been basking in unprecedented international attention.

There could be worse to follow for FC Seoul, the 2016 league champions. According to reports, Seoul Facilities Corporation, which operates the stadium, is investigating a potential breach. As part of its lease agreement, the club is required to obtain permission in advance for advertising. By not doing so, it could be expelled from the stadium where it has been based since 2004.

On May 8, the K-League became the first major soccer league to start playing after the coronavirus pandemic shuttered sports around the world. The opening game attracted 19 million viewers worldwide.

FC Seoul issued another apology on Wednesday as the case continued to dominate sports news.