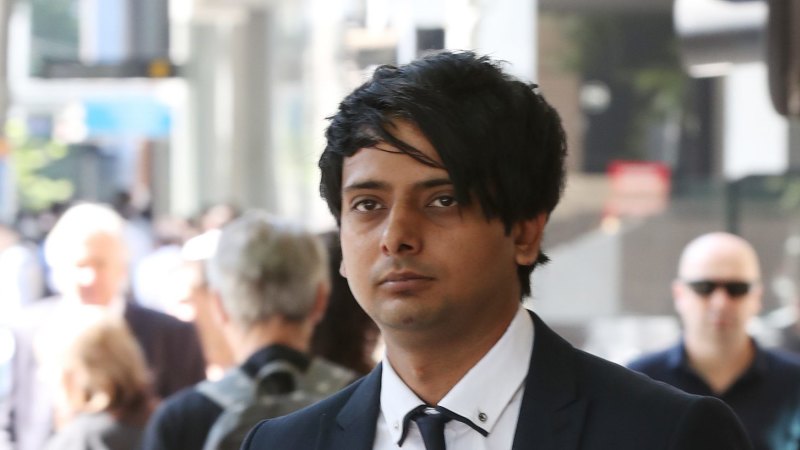 The 14-tonne Isuzu truck, owned by Ermes Transport, had a record of shoddy maintenance by an unqualified mechanic, but Singh initially denied knowing about any problems.

The 30-year-old pleaded guilty to dangerous driving causing death on the eve of his third trial attempt in March.

Constable De Leo’s devastated partner faced Singh in the County Court on Wednesday, after more than three years of fighting for justice.

“How do you let go of your partner who died under such horrific circumstances at such a young age?”

“D’Arne had more good in her than I have,” Patrick De Leo said.

“She would want this man to become a better person.”

Her mother, Jan, died from cancer before Singh admitted to his crime.

In a letter before her death, Mrs De Leo said her daughter loved her job as a police officer and joined the force to help people.

Singh came to Australia in 2009 and worked as a chef before getting his truck driver’s licence with a one-day course. He also completed a day-long training course.

Judge Michael Tinney said Singh shouldn’t have been behind the wheel and labelled the truck an accident waiting to happen.

“He’s driving a truck that has deficient brakes and he learns about that and he keeps driving,” the judge said, adding Singh was the architect of his own demise.

He had been using exhaust brakes to slow down on his way to deliveries and sounded his truck horn in warning before the crash.

Singh has acute post-traumatic stress disorder, depression, traits of a personality disorder and has repeatedly attempted self harm.

He also has tattoos all over his body, including of Constable De Leo’s police number, to mark his sorrow and distress.

Judge Tinney said the driver was looking at a prison term and the request for a community-based punishment was fanciful.

Singh is on a bridging visa and could be deported upon his release from custody but wants to go back to India anyway.

He is due to be sentenced next Tuesday.