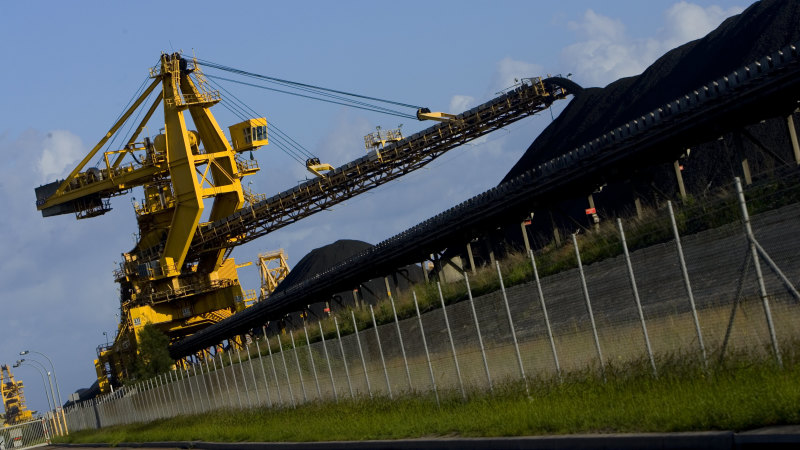 “Either in that meeting or after that meeting, apparently five major state-owned utilities are said to have been directed to stop buying new cargoes of Australian thermal coal,” Wood Mackenzie’s Asia-Pacific head of coal Rory Simington said.

An industry insider, who was not authorised to speak publicly on the matter, said Beijing was encouraging Russian imports over Australian imports.

“The China-Australia situation is not good, and traders are getting the message very loud and clear from the government,” he said.

After banning beef from four Australian abattoirs and announcing an 80 per cent tariff on Australian barley, there have been suggestions in Chinese state media in the past week that the tensions between Canberra and Beijing could spill over into bigger exports such as iron ore, coal and liquefied natural gas.

On Thursday, China released new rules coming into force on June 1 under which customs inspections for iron ore shipments would be conducted at the request of the buyer instead of the existing regime of mandatory inspections.

Miners said they were positive about the changes saying they could speed up trade flows because fewer batches might ultimately get inspected. But the announcement is also being seen by some in the market as a “subtle message” to Australia, warning that customs could single out Australian cargoes if they wanted.

Beijing is expected to tighten coal import controls in the second half of 2020 to support domestic thermal coal prices which have been on a downward trend due to the severe impact of coronavirus lockdowns and and reduced industrial activity.

As China gears up to restart most activities, the domestic thermal coal price is not finding enough support amid a supply glut, said Deepak Kannan, of S&P Global Platts, falling below a target price range of between RMB 500-570 a tonne.

“That may be one of the reasons why China is looking to focus more domestically than on imported coal,” he said.

Unofficial import quotas, restrictions and port delays have become common for Australian producers trading coal to China since February last year, with customs clearance times in some cases blowing out to more than 60 days. Federal Trade Minister Simon Birmingham and Resources Minister Keith Pitt said China now appeared to be continuing to place informal short-term quotas on coal imports in order to protect its domestic industry and jobs, issues that the industry has “successfully managed previously”.

But they said the government was monitoring the situation closely and expected any arrangements China puts in place to be consistent with World Trade Organisation (WTO) and compliant with the China Australia Free Trade Agreement.

He said Chinese-Australian trade had been resilient in the face of import restrictions, adding that he would “expect that to continue” even in the face of the latest directive on thermal coal.

“While the government can be very political, the coal buyers aren’t, and we are still seeing demand for Australian thermal coal in China,” he said. “The Chinese market is larger than the five utilities concerned.”

Forget Team Australia, Virgin will ultimately be owned by Americans

Loading One thing both contenders have in common is an association with Richard Branson. Cyrus …