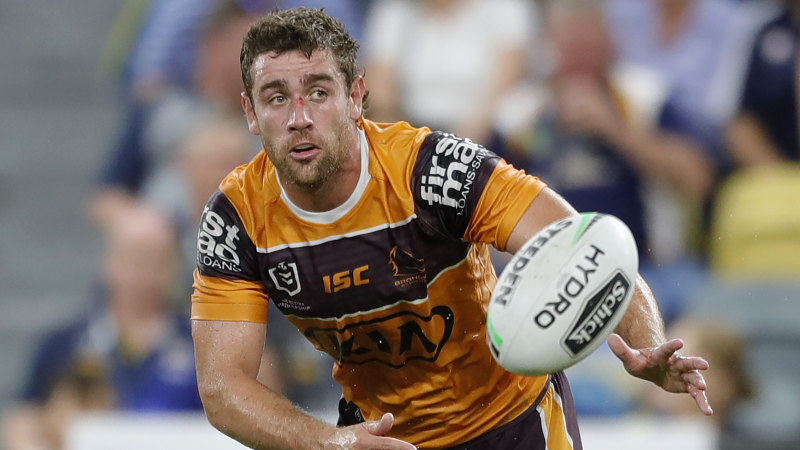 Chris Randall and Connor Watson had been duelling for the vacant Knights No.9 jersey but O’Brien said 260-gamer McCullough’s experience was too hard to pass up.

“We have faith in the depth of our roster but also recognise that promising talent Chris Randall is on the start of his journey having joined the team as a train and trial player late last year,” he said.

“Connor Watson is another exceptional player who can fill the role at nine but given his versatility it’s important for the make-up of the team to keep him in his current explosive role.

“Taking a holistic approach to the team, the recruitment of Andrew McCullough gives us valuable experience at the highest level.”

McCullough had fallen down the pecking order at the Broncos behind Jake Turpin this year but was still expected to play a key role off the bench in what was his 13th season for Brisbane.

But McCullough – who had been in the Broncos system since he was 13 – has jumped at a starting chance with Newcastle.

Not that the Broncos gave much away when quizzed why McCullough had not attended Thursday training.

“Macca has got a personal issue that he is dealing with so we have given him today off so there’s no injury or anything like that,” Seibold said.

Brisbane later said in a statement they had given McCullough an immediate release with their blessing.

“We wish Andrew and Carlie all the best in what will be a new and exciting opportunity for them,” said Brisbane CEO Paul White in a statement.

“He has been a favourite son of the Broncos for a long period of time and has always been so well respected by his fellow players and staff.

“It is a sad day for the Broncos to see him depart Brisbane, but he will always be welcome back here at the club.”