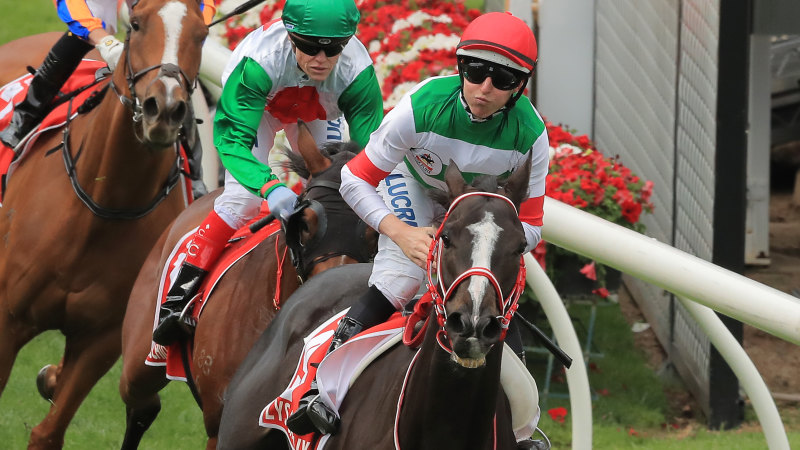 “If they didn’t, there’s going to be a bit of a gap in the sporting calendar, which would be a shame given racing has the opportunity to occupy it.”

According to Sportsbet, racing turnover increases by between 30 and 40 per cent in October compared to September when it normally plays second fiddle in mainstream media to the football codes.

But with a coronavirus-affected AFL season pushing finals back until at least October 24, Bittar said racing would be best placed to target November.

“Moonee Valley might be able to find agreement with the AFL so the grand final and the Cox Plate don’t clash, but if they’re on the same day, it’s likely the media build-up for the Cox Plate will be seriously compromised,” he said.

“From a wagering perspective, what you don’t want is all the major events in sport and racing on top of one another. Punters want those spread out … there are sports customers who bet into racing during the spring carnival because it’s the only sport in town. It works particularly well because it’s the best racing but it’s in a period where it can occupy the sporting landscape and hence gets a significant share of media coverage; something racing struggles to do when it’s up against the football codes.”

While the VRC is adamant it won’t move its Melbourne Cup carnival from the first week of November, Bittar said Sportsbet endorsed the MRC’s idea of a late-November Caulfield Cup.

“One of the reasons the spring carnival works so well normally is because it’s in that period of clear air, post-football, pre-cricket, pre-tennis,” he said.

“We’re really supportive of the MRC’s exploration of a later slot as an opportunity to run its carnival post the Flemington carnival. This would give Caulfield clear air and we believe it would be very beneficial for wagering, and racing generally, to do that.

“We will work with Racing Victoria but have said we think there is significant turnover and revenue upside by moving away from the finals and ensuring at least part of the spring carnival is being run in clear air.”

The MRC also believes that by moving its Caulfield Guineas and Caulfield Cup cards to the second half of November, it could potentially provide its members with a greater chance of attending.

In a statement, Racing Victoria said it would continue to consult with bookmakers and its race clubs about the best spring carnival program possible.

“In planning for the 2020 spring racing carnival we are continuing to have discussions with various wagering operators and a wide range of stakeholders,” an RV spokesperson said.

“While we won’t be commenting on those individual discussions, what we will say is that there are a variety of views from both wagering operators and our stakeholders around all aspects under consideration for this year’s carnival.”