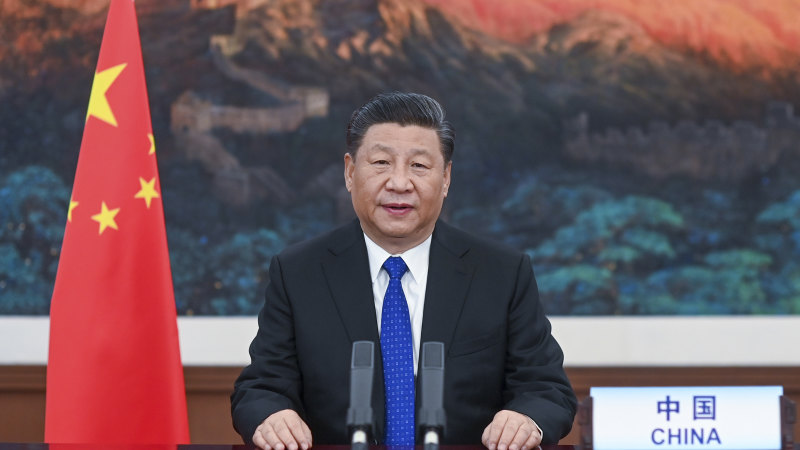 And, as Hartcher explained, the Morrison government was determined to stand its ground.

Reading through reader comments posted on the article, Hartcher said the number of responses was “a partial confirmation that Australians are energised by the high stakes now at play in the country’s international affairs”.

“It’s also confirmation that a column is a Rorschach test – something that people will interpret very differently according to their own views,” he said.

“The point of the column was to expose to readers the state of resolve in the inner counsels of the federal government, and to explain how this is sustained.”

He noted that while the two main political parties were essentially in lockstep over the issue, readers expressed wildly different reactions.

Many readers were buoyed by the government’s determination in the face of Chinese coercion. Stand up Australia!

Hartcher took particular note of comment by reader TM citing US founding father Alexander Hamilton: “The nation which can prefer disgrace to danger is prepared for a master and deserves one.”

Reader Paul Curtis wrote: “The Chinese fired the first shot with their outrageous behaviour in the South China Sea. Their tentacles are spreading throughout the South Pacific. Australia is waking up to China. The Government must hold firm.”

Lex wrote: “Our PM’s reaction has been strong, calm, firm & reasonable, as it should be.”

However, others were uneasy over the government handling of the dispute, describing Australia’s approach as “ham-fisted” and “heavy-handed”.

Within was the assertion, Hartcher says, that Australia was too weak and insignificant to maintain a view independent of China. Or can’t afford one. Stand down Australia!

BuckStopsHere: “While we definitely need to react against China’s bullying, lying and deceit, the government’s approach has been ham-fisted to say the least. Would have been better if they discretely rallied other countries for support and have everyone announce the push for an investigation at the same time. Now China can pick off our exporters one at a time, and we’re going to wear most of the inevitable collateral damage.”

The ensuring discussion quickly became a debate about who was the biggest bully: China? Or was it really the US?

“Perhaps most revealing of all was the preponderance of readers who saw the comment facility as an opportunity to rail against Donald Trump, hardly a central element,” Hartcher said.

So perhaps unsurprisingly another column by Hartcher this week questioning how much Australia could rely on a Trump-led America, was the second most commented on article on the websites.

Martin Michael Leon: “US-China relationship at the moment is such that US is bullying China, militarily and thru trade wars, don’t think there’s much argument here. When Australia is siding with the US, China’s perception is Australia is a bully too, so how come Australia says China is the bully? Who fired the first shot?”

sxl98: “Ask yourselves: While Australia is ‘standing up’ to China, which country is replacing Australia as a vendor for barley to China? Answer: The United States. We just got played… by our ‘friend’, the mighty US of A.”

Other readers simply urged all involved not to lose sight of the end goal: getting answers behind the biggest health crisis of our time.

Mick3A: “So wanting to learn more about a worldwide pandemic is blowing the US trumpet? We need to learn so the same mistakes are not repeated next time there is a pandemic. Too bad if that upsets China.”

Online readers of The Sydney Morning Herald and The Age made 37,799 comments on 682 stories in the past week.

Most-read by subscribers in the past week

Orietta Guerrera is the Reader Editor for the Sydney Morning Herald, The Age, Brisbane Times and WAToday. She was previously Federal Political Editor for the mastheads.