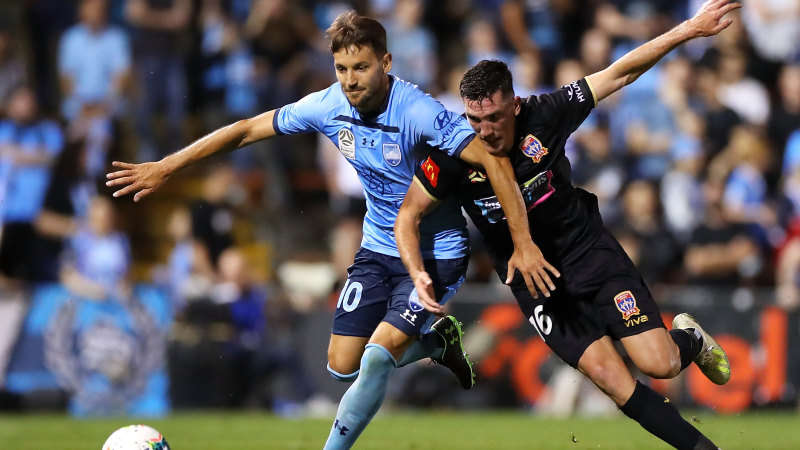 “There is no percentage figure or dollar amount that is a magical number,” PFA chief John Didulica said. “This is about understanding what needs to be done to rebuild the season, get a running start into next season and each of us fairly sharing the burden that comes with our shared challenges – which are as much health as they are financial.

“The players want to return to training and are understandably vocal about needing an imminent resolution.”

FFA said the additional costs of running an A-League hub and insurance were the reasons for trimming the normal TV cash distribution to clubs, and denied claims it was slashing player wages by 80 per cent.

FFA chief James Johnson described the claims as simplistic, given the TV deal is just one revenue stream for the competition, alongside sponsorship and match-day revenue.

“Professional football leagues all around the world run on three revenue streams: broadcast, match-day revenue and sponsorship,” Johnson said. “The fact is broadcast payments paid to FFA are for multiple properties, including the Hyundai A-League.

“FFA and the clubs – who are the employers of the players – have seen a significant reduction to revenues as a result of the impacts of COVID-19. This includes reduced sponsorship proceeds and there will be no further match-day revenues for the season.”

FFA received its final quarterly payment of $11.5 million from Foxtel at the end of April. It is set to significantly reduce the club’s share – normally about $800,000 – due to other losses in the game and the added costs of operating the A-League hub.

Senior A-League sources suggested FFA was set to pay between $3 million and $4 million to house all 11 teams in one location to play the remaining 33 games of the season, including finals. Due to the games falling outside the standard contracted season, which ends on May 31, FFA could incur extra insurance costs close to $1 million.

“FFA and the clubs must be prudent to safeguard the ongoing financial sustainability of the league and broader game,” Johnson said. “We remain confident that annual player payments will in fact be delivered very close to the previously contracted levels for the whole 2019-20 Hyundai A-League season.”