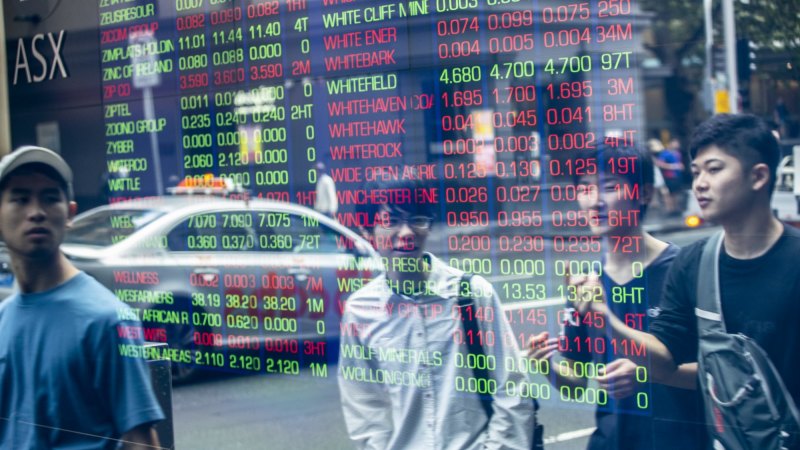 CMC Markets’ Australian Chief Market Strategist Michael McCarthy said global machinations certainly played their part, but the week-ending stutter was also a sign local investors were getting spooked after a 25 per cent rally since the March 23 floor.

“It’s been an unbelievable rally … but we’ve now had a peak over 5600 (points) and it does suggest that at these giddy heights, investors are starting to get nervous,” Mr McCarthy said.

The week ahead is set to feature a number of backwards-looking data releases from the Australian Bureau of Statistics – including March capex spend and construction work done – which Mr McCarthy said were almost meaningless.

“The markets have simply been ignoring the data,” he said. “Markets are putting two and two together and realising that bad data means more stimulus …and investors expect even more money will be pumped into the system.”

JP Morgan Asset Management executive director Kerry Craig said markets were high on confidence that the risk around the spread of COVID appeared to be easing, and as economies opened up.

He said a key risk was the emergence of a familiar trade dynamic between global superpowers China and the US.

“We know the economy is bad, and the market is looking for how quickly it is going to recover,” Mr Craig said.

“But it is also looking at other issues and risks around the political sphere, around things like trade that could potentially create a longer lag in that recovery.”

Mr Craig said investors would be looking for any clues from China’s National People’s conference that will detail the scope of promised stimulus.

“It will come down to how much China needs to spend to offset any economic woes that might come as it resumes a trade war with the US,” Mr Craig said.

“When we see either of (China and the US) ramping up the rhetoric, it’s all about domestic consumption, but nonetheless it gets heard around the world,” Mr McCarthy said.

“Everybody loses in a trade dispute, but that didn’t stop them last year …. we’re all on high alert and keeping Twitter open 24/7.”