admin May 24, 2020 National News Comments Off on ‘Careful and cautious’: State Library of Victoria won’t open on June 1 30 Views 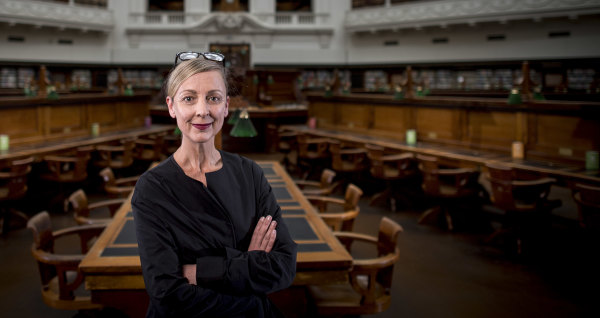 Ms Torney said she would seek clarification about whether that limit applied to large spaces such as the Domed Reading Room ‘‘but as we understand it at this point, it will be a limitation of 20 people in that beautiful place at any one time’’.

Limits might be imposed on time visitors can spend in a space.

She said the Premier’s announcement was ‘‘absolutely fantastic’’ however there was no chance of the State Library re-opening on June 1.

This was because staff had been planning for a July 1 re-opening, which might now be brought forward.

Ms Torney said staff were taking a ‘‘careful and cautious approach’’ and working with the government and institutions such as Melbourne Museum on how and when to bring staff and the public back safely.

Before COVID-19 anyone could walk through the building at any time but in order to track any outbreak, the library might have to take visitors’ contact details.

The shutdown, since March 16, is believed to be just the fourth in the State Library of Victoria’s 164-year history.

Aside from a handful of security, maintenance and property workers, the library’s 280 staff have been working from home.

Ms Torney said when she returned for the first time in two months last Monday, it felt strange without the usual crowds.

‘‘It was quite emotional,’’ she said. ‘it just feels so wrong for the library to be closed during the crisis because normally it’s at the heart of a community in trying times.’’

She said it was up to councils as to when local libraries would re-open.

Previous COVID-19: What are the public health rules now?
Next ‘They will drive me to my next club’: Bateman lifts lid on contract saga with Raiders