Race-by-race tips and preview for Albury on Monday

admin May 24, 2020 Sport Comments Off on Race-by-race tips and preview for Albury on Monday 20 Views 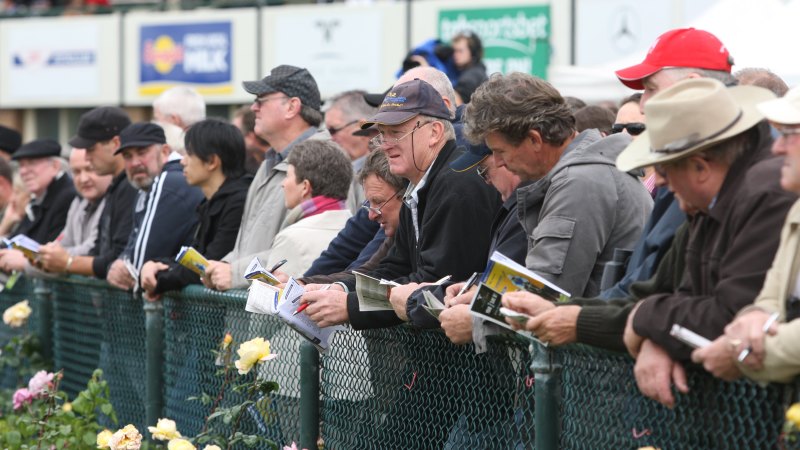 Tough race, with several chances. Like 4YO gelding 6. Let’s Get Animal from the Trevor Sutherland stable at Wagga stepping up in grade after charging home to win a good quality BM 58. Loves soft ground, bred to get further, and leading regional rider goes on.

Dangers: Goulburn 5YO 2. My Blue Jeans is honest as they come and rarely runs a bad one. Scored a dominant BM 58 win three back and again finished well in similar grade last start, but not well in at the weights in this company. Stablemate 6YO 4. Ocean Walzer got home well this grade on a bog track at Wagga over 2000m, and the winner won Friday’s BM 70 Federal at Canberra. Going well, but sharp drop back in trip is a query. Local 4YO gelding and former Kiwi 1. Enzed Beer is desperate for more ground after two runs this side of the Tasman, and draws the inside, but will need good speed on to get over the top; while local 5YO 7. Waiting For A Mate has been disappointing in his last couple, but draws better.

How to play it: Let’s Get Animal each way Odds and Evens: Evens

Back to the sprint trip, and local 4YO mare 8. Pure Phylis from the Donna Scott yard is primed after hitting the line late in a stronger CL1 here. Carries the same weight from a better draw, and can finish over them.

Dangers: Goulburn 4YO 1. Full Of Fire broke through third-up at the Sapphire Coast, and is a threat rolling forward from the inside gate. Watch the betting on Canberra 4YO 2. The Unknown Factor who hasn’t raced for more than a year, but resumes off a solid trial and has a smart fresh record. Goulburn 4YO 4. Love Me Broke was okay first-up at double figure odds, and the winner then won a BM 64 at Hawkesbury. Up in weight, but likely to push on and sit outside the leader.

How to play it: Pure Phylis to win Odds and Evens: Split

Few good chances in this one headed by 4YO mare 5. Smart Style from the Jerilderie stable of Phil Sweeney who was good late resuming in a stronger race at Wagga, and only two career wins have come second-up. Rises in weight, but will be flooding home again.

Dangers: Local mare 1. Falling Waters can also drive into the finish second-up off a freshen, and has a sound record on home track. Rival local filly 2. Bellarina Magic has been up for a while this prep, but generally tackling tougher grade, and found the line nicely in a BM 66 here last start; while stablemate mare 6. Hazel’s Diary is ready to improve third-up with gear changes.

How to play it: Smart Style to win and box trifecta 1,2,5,6Odds and Evens: Split

Back to the short-course for a tricky speed battle with several on debut. Wodonga 3YO 2. Openhimup stuck on well resuming in heavy ground at Wagga, and with extra fitness will be hard to run down over this trip.

Dangers: Watch the betting on local 3YO 4. Super Doute’s (Dr Doute’s x Desert Finch by Desert Prince) who debuts off an impressive soft track trial win; while rival 3YO filly 5. Another Star (Star Witness x Secord by Encosta de Lago) was only a length back in that same trial. Stablemate 3YO to top selection 1. Jimmyjohn has had three runs back in handy company, and can improve.

How to play it: Openhimup to win Odds and Evens: Split

Keen on 5YO Canberra mare 4. Millamoo from the Mick Miladinovic stable down in weight and over an ideal trip. Has been threatening to win one in similar grade for a while, and screamed home off a wide draw at Wagga last start.

Dangers: Home track 3YO 2. Zaberfeldie stuck on well after covering ground first-up. Looks better suited this trip, and both wins so far have come here. Another Canberra raider 4YO 1. Moss the Boss chased home a useful galloper third-up, and can peak at this distance; while local mare 5. Ivy’s Belle charged home to win her maiden last start, and while this is significantly tougher, sneaks down in the weights.

How to play it: Millamoo to win Odds and Evens: Evens

We close the card with an open sprint for the restricted males. Going with tough 6YO gelding 1. Hail The Hero first-up for the local Donna Scott yard. Hasn’t started for more than eight months, but trialled well, has never missed a place on home track, and 3kg claimer aboard is pivotal.

Dangers: Corowa 3YO 3. Front Page has been freshened since a brave effort from the front in the much stronger Albury Guineas at only third start. Won here on debut, and has more than enough class despite the big weight. Local 4YO 2. Jawwaal resumes off a solid trial. Normally comes to hand fairly quickly, and draws to get a good run; while improving Jerilderie 3YO 5. Happy Lad was a smart first-up winner at Leeton in weaker company, and won only previous second-up run.

Previous Maher confirms standing as premier jumps trainer
Next One parent only, no team huddles: rules for community sport return