admin May 25, 2020 AFL Comments Off on Apple of Tasmania’s eye: Magpies, Bombers could venture south 32 Views 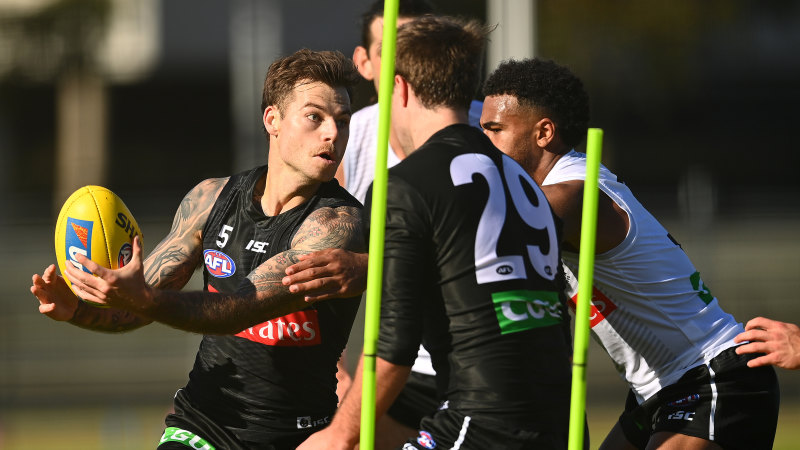 “Everyone wants to play us at the MCG. As long as it fits the AFL-MCC deals, it’s up to them. We also play two home games at Marvel on behalf of the competition. Everyone contributes.”

The Hawks and Kangaroos usually play four games apiece in Hobart and Launceston respectively, although typically against interstate clubs or smaller Victorian clubs. However, that there is unlikely to be crowds at matches throughout the rest of the home-and-away season means the bigger clubs can play at smaller venues – should there be no need for a quarantine period.

If [Tasmania] are saying we don’t want to play without crowds, you could apply that in every other state and they are the ones wanting their own team.

The Hawks and Kangaroos still aim to fulfil their obligations in Tasmania this year. Hawks president Jeff Kennett, who like McGuire sits on the AFL’s crisis cabinet, said opening the borders would not just be beneficial for football.

“We hope so [to play matches] at the end of the year, but that depends on whether Tassie opens its borders or not. That is up to them,” he said.

“They have closed their borders. While football is important, it is not nearly as important as the local economy. That, sadly, relies on us as Victorians for tourism … and while they have got the borders closed, their small businesses have been really hit for six. Hopefully, we will play but that will be up to the Tasmanian government.”

The Tasmanian government has said it does not want to host matches in empty stadiums.

“That is what they have said. That is just saying they don’t want to be part of the football family because we are playing without crowds right around the country,” Kennett said.

“If they are saying we don’t want to play without crowds, you could apply that in every other state and they are the ones wanting their own team.”

A league source also confirmed to The Age on Monday that the Hawks and Kangaroos were still aiming to host four games each in the revised 2020 fixture.

But the source said quarantine laws in Tasmania would need to be lifted soon if they are to squeeze in all eight games.

Auld confirmed the AFL was open to the Magpies and Bombers heading to new territory.

“It certainly will allow for [Essendon and Collingwood to play in Geelong] in the fixture,” he said.

“Historically, we put constraints in the fixture process so those things can’t occur because the crowds just don’t fit into that venue and too many supporters get locked out.

“Those constraints have been removed and so you might find that you’ll see teams like Essendon and Collingwood play down at GMHBA.

“You may even see – if we’re able to get some games away in Tasmania – that those sort of teams will travel to Tasmania, which we haven’t seen for some time, too.”

The Bombers’ last game in Tasmania was against Fitzroy at North Hobart Oval.