Marshall feared season suspension had robbed him of farewell

admin May 25, 2020 Sport Comments Off on Marshall feared season suspension had robbed him of farewell 22 Views 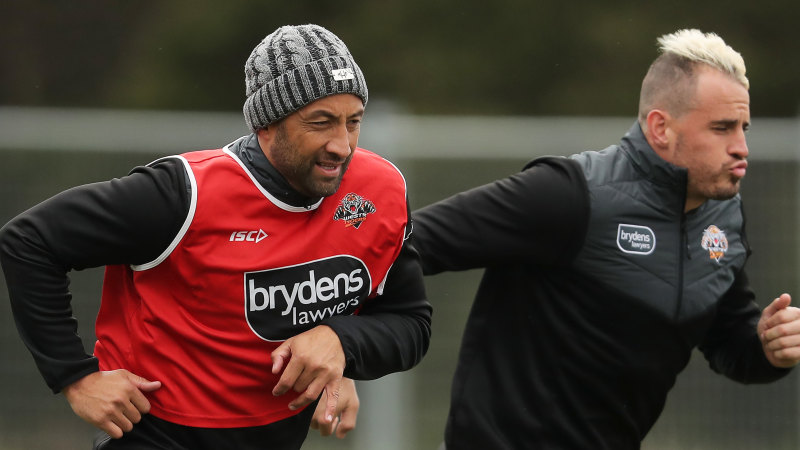 “We are this far now that we are actually starting, we weren’t even looking like starting [at one stage],” he said. “The good thing for me is I’m not in a hurry to make a decision whether I’m going to play again or not next year and, if I do finish, I’m going out on the right terms.”

Marshall said if he went through the 18-week season without injury, he would likely go for one more.

“I feel like I’ve achieved everything I wanted to,” he said. “I’ll get through those 18 weeks hopefully unscathed and, if I’m feeling good, I’ll play again.”

Marshall could also aim for an epic finale by playing alongside Sonny Bill Williams at next year’s World Cup. But the Tigers favourite laughed off the idea.

Marshall refused to comment on reports about Israel Folau potentially returning home to join the club after a conversation with Tigers coach Michael Maguire a couple of weeks ago.

“That’s the first I’ve heard of that. I don’t really talk to speculation that much about if and if nots, unless that happens, I don’t know. That’s news to me,” he said.

Marshall is one of the few players to have spoken in favour of the NRL’s new six-again rule during ruck infringements and a return to the one-referee system this season.

“I was just happy we are playing again, rules or no rules,” he said. “From my point of view, this could be my last season. There was a chance that we weren’t going to be playing again this year, so for me, it’s just great to be back … and for all the teams, we are all in the same boat.”