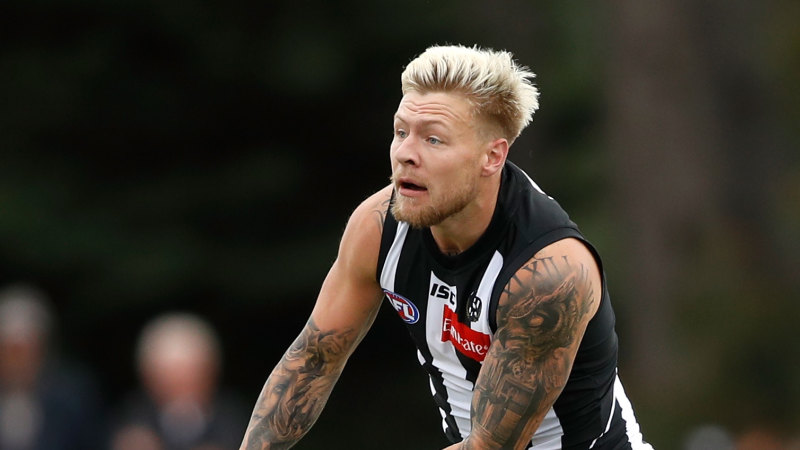 De Goey’s contract with Collingwood is up at the end of the 2020 season, which is due to resume after its coronavirus-enforced break next month.

The Magpies will play the Tigers in the season re-opener on June 11.

It’s not the forward’s first time in trouble with the law.

In February 2018, he was caught drink driving, returning a blood alcohol reading of 0.095 when the P-plater should have been at zero.

The club told him to find employment elsewhere for at least four weeks after that incident and he was fined $10,000. He also had to make a $10,000 donation to charity.

A year earlier, he copped a three-match club ban after lying to the Magpies about a broken hand, injured in a St Kilda bar fight.

He claimed he was injured while playing with his dog and had already missed three weeks while recovering.

Last year he told AAP he’d given another club youngster, Jaidyn Stephenson, advice on how to handle scrutiny around AFL bans.

‘‘Everyone’s young once and everyone [stuffs] up sometimes,’’ he said.

Collingwood last night declined to comment on the matter.

Previous Virus risk of contact sport lower than first feared, says World Rugby medical chief
Next ‘Do not do this’: Thorn breaks silence over exit of Reds trio