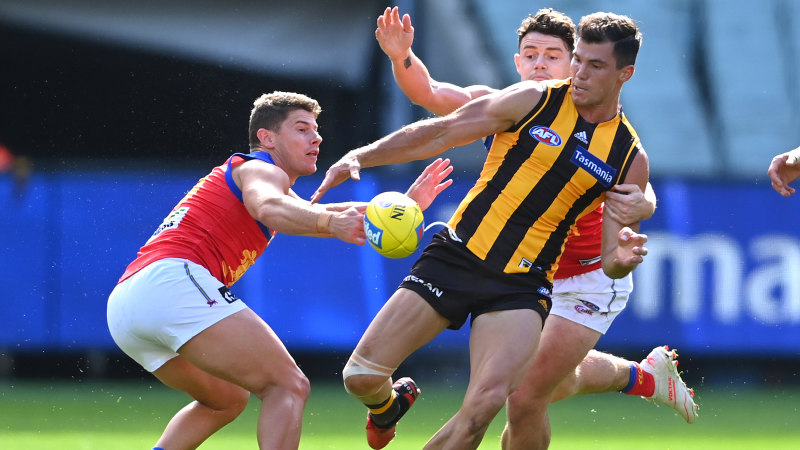 O’Meara is a key cog in a midfield that secured victory over Brisbane in round one in March, with the Hawks hoping to return to the finals this season, having failed to make the top eight last year.

Carlton ruckman Tom De Koning has a moderate lateral ankle sprain and is expected to be sidelined for up to four weeks, ending his hopes of immediately replacing Matthew Kreuzer, who is also injured.

The athletic De Koning, 20, was hurt at training on Monday and has been ruled out of contention to face Melbourne on June 13.

“Tom injured his ankle [when] he was having a shot on goal and one of the players came across for a smother and awkwardly fell across his ankle,” Russell said.

“He has got a lateral ligament sprain. Most players when they hurt their ankle, they hurt this ligament. We expect it to settle down in three to four weeks, after which he should be available to play.

Kreuzer fractured his foot in the season-opening loss to Richmond and is expected to miss up to four months. De Koning’s setback means Marc Pittonet, the former Hawk, now shapes as the likely option to replace Kreuzer.

Defender Caleb Marchbank is in a race to be fit to take on the Demons, as he is battling bone bruising.