Teen feared for his life before fatally reversing into man, court told

admin May 26, 2020 Victoria News Comments Off on Teen feared for his life before fatally reversing into man, court told 28 Views 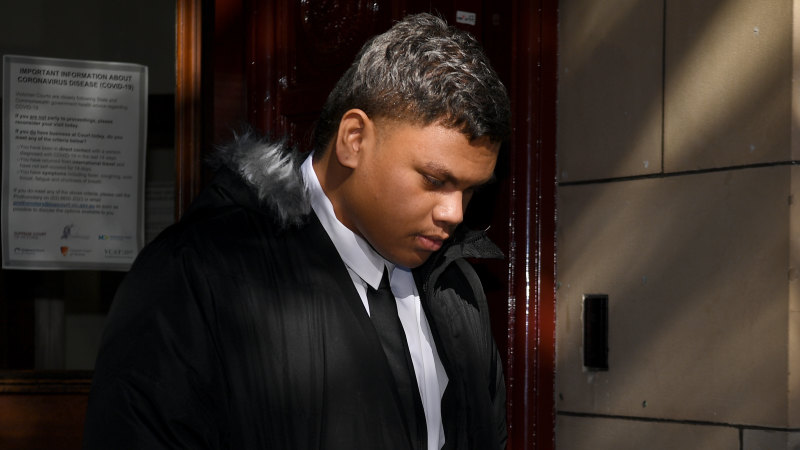 Tupou, now 19, told the stranger to “f— off” before reversing into him.

The teen was originally charged with murder but pleaded guilty to manslaughter.

He told police he and his girlfriend were terrified of Mr Williams as he screamed and attacked the car.

“That’s when I reversed. I wanted to get out,” Tupou said, adding he struck the man intentionally.

“I thought he was just knocked out.

The teen had undiagnosed post-traumatic stress disorder at the time and overreacted to Mr Williams’ actions out of fear for his own life, the Supreme Court was on Tuesday told.

The dead man was a voluntary patient in a psychiatric facility when he disappeared after going outside for a smoke.

His sister says she read about her brother’s death from a police media release while he was still on life support and before doctors told the family.

“Seeing the media releases was extremely upsetting and distressing to say the least,” Jessica Williams told the court.

She described her brother as a positive and compassionate man who had vowed to always be there for his children.

“I felt and still feel like I’m watching a movie from a distance,” Ms Williams said.

“As time goes on I hope the darkness and fog lifts a little more but I still feel the heaviness of it every day.”

Tupou was up front with police from the start and genuinely sorry his split-second error of judgment cost a man his life, defence barrister Zarah Garde-Wilson said.

Tupou’s family and friends described him as a caring and kind member of the Tongan community, who wasn’t violent and had never been in trouble with the law before.

Ms Garde-Wilson asked he serve his sentence in the community or at least be spared adult jail so he could get treatment for his PTSD.

Tupou was born in New Zealand, came to Australia as a baby and could be deported after his sentence.

Justice Paul Coghlan ordered the young man be assessed for a youth justice centre order because of the “real difficulties” in sending him to an adult prison.

Tupou remains on bail and is due to be sentenced on June 23.