admin May 27, 2020 Sport Comments Off on ‘Dark couple of days’: Greene opens up on grand final tumult and dad’s arrest 26 Views 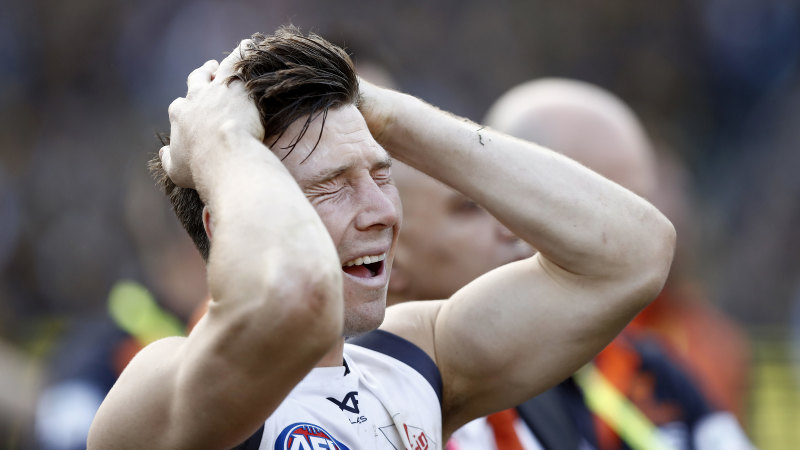 Greene had a roller-coaster finals series. He was cited by the match review officer in the first two weeks of September then missed the Giants’ heart-stopping preliminary final win over Collingwood.

He returned for the club’s maiden grand final but the Giants’ miserable performance was sandwiched by a torrent of abuse in the pre-game parade and his father’s arrest. Michael Greene was later jailed for nine months, which was then reduced to a minimum two and a half months.

“It was some of the tougher two days of my life. What happened in the grand final and early the next morning finding out about Dad – it really built up,” Greene said on The Phil Davis Podcast.

“I didn’t know how to react. Flying back to Sydney, it was just a real depressing flight. It was a really dark couple of days. I was around you guys, we spent a lot of time together, certainly learnt a lot from it and hopefully we’re not in that position again.”

Greene’s father had a “profound impact” on the player’s career, the forward said, and was a “club legend” in Victorian amateur circles but “some of the stuff outside of that left a bit to be desired”.

“He went into a bit of a decline the last 10 years – some of that’s been documented,” Greene said. “It is what it is, just learn to deal with it.”

The Giants have been on the front foot this year to protect their match-winning forward, whom they believe cops an unfair go from the wider football public.

Captain, and close friend, Stephen Coniglio revealed Greene had regretted taking part in the grand final parade due to the abuse he copped. Greene said the treatment from rival fans had upset his family, particularly on grand final day.

“People certainly step over the line, fans and what not, especially at games. I don’t really take too much notice, I’m a bit worried with what I’m doing,” Greene said.

“I know it’s affected Mum and my family a lot more. They’ve been involved in a couple of arguments at the footy from what people have said.

“I think grandma came to the grand final last year and that might be the last game she comes to. I think she heard some things that she might not have heard in 90 years of life.

“It certainly affects them a lot more and they can’t do anything about it either – they’re not out there and playing, I’m in Sydney so [am] a bit shielded from it.”

Greene said he struggled dealing with the attention in football-mad Melbourne, often receiving “pot shots” from punters though some were appreciative of him.

“I found it a bit overwhelming in the finals last year. This is madness, I’d go to the airport and there’s 10 cameras in your face,” Greene said.

Greene said there was no premeditated malice in his on-field indiscretions but conceded he lost control when he was “hyper-energetic” on big occasions, like finals and games against fierce rivals the Western Bulldogs. He could not rule out being suspended again.

“If we had lost the Collingwood prelim, that would have really hurt. I remember thinking the last couple of minutes ‘if we lost this game I’m walking home, I don’t think I can look at anyone at the footy club for a long time’. I just would have felt so shattered and felt so bad.”